Pakistani selectors avoided pressing the panic button while announcing a 17-member squad today for the ODI and Twenty20 series in South Africa with Misbah-ul-Haq being retained as captain of the one-day side. 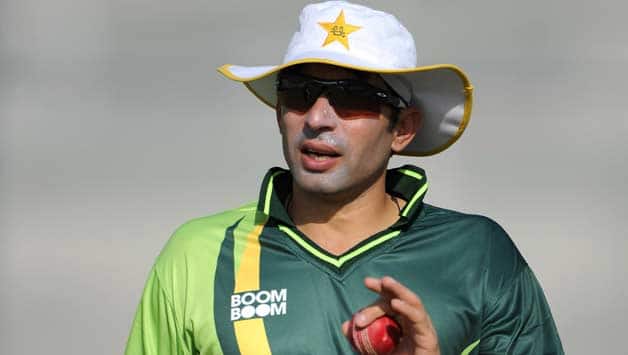 Pakistani selectors avoided pressing the panic button while announcing a 17-member squad today for the One-Day International (ODI) and Twenty20 series in South Africa with Misbah-ul-Haq being retained as captain of the ODI side.

Only wicketkeeper Sarfaraz Ahmed and left-arm pacer Wahab Riaz were left out from squad that lost both the ODI and T20 series to South Africa in the UAE recently.

Tall left-arm pacer Mohammad Irfan will miss the tour to South Africa because of a groin injury.

The selectors have retained senior players Shahid Afridi, Abdul Razzaq and Shoaib Malik in the squad despite unimpressive performances in the recent series in the UAE.

They have added only one new face in pacer Bilawal Bhatti to the touring squad while recalling young all-rounder Anwar Ali.

Speculations were rife about Misbah’s captaincy future after Pakistan were drubbed 1-4 in the UAE and also lost a Test to the Proteas.

Misbah’s misfortunes have continued since the tour to Zimbabwe where Pakistan lost a one-dayer and a Test to lead to calls from former players and critics to replace him as captain.

Pakistan Cricket Board said the ODI and T20 teams would be selected from the 17-member squad.

Sachin Tendulkar retirement: Google Plus pays tribute to the maestro

Sachin Tendulkar to be honoured with Bharat Ratna