Pakistan committed hara-kiri and lost to South Africa by a solitary run in the first One-Day International (ODI) at Sharjah. 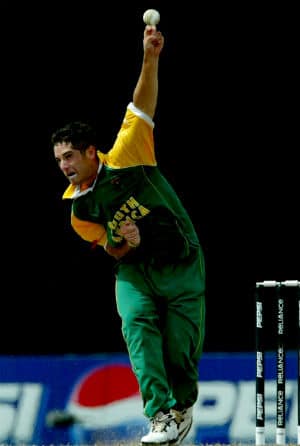 Pakistan committed hara-kiri and lost to South Africa by a solitary run in the first One-Day International (ODI) at Sharjah.

Not for the first time the Pakistan team has proved to be reporter’s nightmare. Pakistan had played their cards right till the 41st over till the time they played ordinary shots.

Figure this out: With 19 needed from 55 balls and six wickets in hand the run-chase looked like a smooth sail for Pakistan. But factor in their mercurial nature and scoring 19 runs was a gargantuan task. Umar Amin feathered a catch to wicketkeeper AB de Villiers off Lonwabo Tsotsote. At 165 for five things looked in favour of Pakistan but leg-spinner Imran Tahir nipped Umar Akmal straight in front of the wickets. His delivery went straight on and rapped Akmal on his front pad . Akmal went for a review but replays confirmed that he was adjacent and out plumb.

Shahid Afridi was in the middle with all-rounder Sohail Tanvir. With 10 needed from 47 deliveries, Tanvir played a late-cut which was caught by de Villiers. In the next over, Afridi toe-ended a long-hop from Tahir; it was held by David Miller at deep mid-wicket. Wahab Riaz was trapped plumb in front by Tahir and all of a sudden seven runs looked huge for Pakistan to win with one wicket in hand.

Saeed Ajmal and Mohammad Irfan were the last pair in the middle. Ajmal took the mantle of taking Pakistan home. He sneaked a couple of leg-byes to get the target down to five runs.

In the next over Tahir was bowling to No. 11 Irfan. The tailender inside-edged the first delivery which went to fine-leg. Two runs were taken. A close leg-before appeal followed. South Africa challenged the on-field call and replays showed that the ball was hitting the leg-stump but since not more than half the ball was hitting the stumps Irfan survived.

With three to get Ajmal took a single off the first ball of the 47th over and exposed Irfan to Morne Morkel. It took Morkel only two deliveries to knock over Irfan. This is the third occasion when Pakistan lost by one-run.

Earlier Ahmed Shehzad scored 58 off 92 deliveries to give a solid foundation to the run-chase. Captain Misbah scored 31 but he was scooped an easy catch to backward point off a delivery angled away from him by Wayne Parnell.

Parnell was the  top-scorer for South Africa in the first innings, scoring 56 batting at No. 8. The 52-run stand between Parnell and Tsotsobe gave South African innings an air of respectability. They played had a lot of overs in hand and played the shots according to the merit. Had Pakistan followed this simple technique: of playing the ball according to the merit they would have certainly triumphed. Sadly, they lost the plot and panicked which handed over a tight-win for South Africa.

West Indies tour of India 2013: We are here to improve our past record, says Darren Sammy