Imran Khan was impressed with AAP and wanted a similar storm to hit Pakistan as well.

Speaking to Times of India,  Imran laments that the present day Pakistan is a pale refection of what it its founder, Muhammad Ali Jinnah envisaged.

However, after witnessing the power shift in the Indian capital—a rank newcomer in politics galvanising the urban middle class and youth to topple the more Illustrious names in Indian politics, Imran believes a similar phenomenon could happen in his native Pakistan with his own party coming to the forefront.

Speaking on trade and political ties between India and Pakistan, he said “While crossing the border at Wagah, I wondered why our sub-continent can’t be like Europe. A unified economic bloc would dramatically alleviate poverty and open up limitless opportunities. There can be an energy corridor from Iran to China. Imagine the possibilities,”.

The Pakistan legend, however, conceded that Kashmir was a stumbling block with no clear-cut solution to settle the disputes in the war-ravaged state, “I don’t know what could be the exact solution in Kashmir, but we came very close to resolution twice. However, the leadership on both the sides were weak,” he quipped.

Imran also threw light on the future prospects of his party as he prepares to take on the political bigwigs in his country, against whom he says there is a growing disgruntlement among the Pakistani people, “PTI’s primary goal is to clean Pakistan of corruption. There will be no compromise with corruption.”

The philanthropist,  who opened his now famous Shaukat Khanum Cancer hospital and research center with the prize money earned after lifting the 1992 World Cup with Pakistan also said that he is prepared to take on “powerful and entrenched forces” in his country or the mighty USA, against whom he has been a staunch critic of for their regular drone strikes, throwing normal life out of gear.

Elaborating on his party’s no-nonsense approach with corruption, Imran pointed that his PTI party had sacked three ministers from his ally Quami Watan Party on the grounds of fraud and corruption charges.

The charismatic cricketer evaded the tricky issue of overturning the second amendment to Pakistan’s Constitution if he came to power, that declared the Ahmadiyyas ‘kafirs’, he stated that wanted the all minorities to be treated equally and that it pained him when minorities in his country are discriminated against.

As mentioned earlier, Imran has been vociferously appealing against the USA-led drone strikes which he feels breed hatred and that the Taliban forces in Pakistan are uniting as a result of the attacks and that only solution moving forward is through talks and negotiations.

Imran, seething with anger, asks “Can Pakistan conduct a drone strike on US soil to eliminate an enemy? How is it that there is one set of human rights laws for the West and another for us? Are we children of a lesser God?”

The politician-cricketer points out that America’s war on terror has been nothing short of  a ” travesty of justice and humanity ” and has displaced or killed the people of Iraq, Afghanistan and other countries in the middle-east .

He is also willing to scrutinise Pakistan own mistakes in the past to elaborate his point. Imran admitted that Pakistan had to stand up for their atrocities against Bangladesh in 1971 and claimed that General Yahya Khan’s machinations to keep Sheikh Mujib from becoming the Prime Minster ” one of the biggest mistakes Pakistan ever made, ”

Imran concluded by saying that PTI coming to power was the ‘best-bet’ for Indo-Pak peace talks. He also praised the work done by former Bharatiya Janata Party (BJP) Prime Minister’s work during his tenure from 1999 to 2004 as relationships between the two rival countries took a significant leap.

Imran however, remained tight-lipped on Narendra Modi leading India and was certain that his party would come to power in the near future. 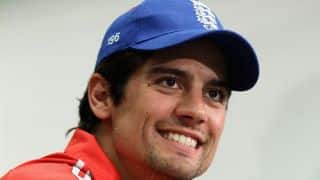 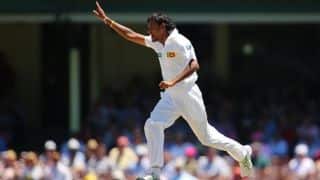