Zaka Ashraf and Najam Sethi were involved in a long battle for the PCB chairman's post.

The Supreme Court of Pakistan has stated in its judgment that the long legal battle for the chairmanship has damaged the Pakistan Cricket Board (PCB) big time. Zaka Ashraf and Najam Sethi have been involved in a legal tussle which has seen the PCB chairmanship shift from one to another, which has caused Pakistan cricket many problems, the Court observed in this case. With the elections coming up, Sethi has ruled himself out of the race.

The Express Tribune reported the Court saying, “Individuals might have gained or suffered, but the institution (PCB) has been impaired excessively in all respects. PCB’s functioning, prestige and prominence has been seriously hampered. The institution has been in doldrums and has had hiccups since the commencement of this litigation. These all are publicly known facts.”

The Pakistan government had earlier formed a committee to write a constitution, which has now been accepted by both sides. 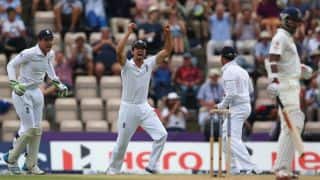