A series of reports about serious differences between Pakistani captain Misbah-ul-Haq and senior player Mohammad Hafeez in South Africa has prompted the Pakistan Cricket Board (PCB) to issue a strong denial. 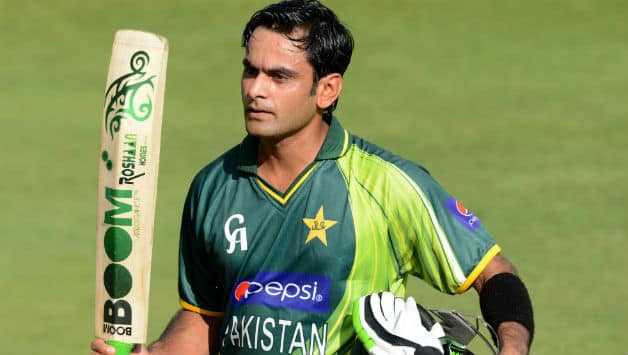 A series of reports about serious differences between Pakistani captain Misbah-ul-Haq and senior player Mohammad Hafeez in South Africa has prompted the Pakistan Cricket Board (PCB) to issue a strong denial.

Reports in some sections of the media have suggested that Misbah and Hafeez were involved in an argument during the One-Day practice match that Pakistan played at Kimberly this week.

The bust-up apparently was the result of simmering differences between the two over selection issues.

Reports claimed that since Misbah will be captaining the team in the forthcoming ODI series, he has made it clear that Hafeez will have to bat one down and that he wants both senior all-rounders Shoaib Malik and Shahid Afridi in the side.

Hafeez, on the other hand, wanted to open in the ODI series and wants to play three to four pacers.

The reports said that the differences between Misbah and Hafeez who belong to Faisalabad erupted at Kimberly in the dressing room and other players had to intervene to stop the argument from getting out of hand.

Not surprisingly, there were also other stories about problems within the team after the whitewash the team suffered in the Test series in South Africa.

But in an unusual step, the PCB said in a clarification that there was no truth in the reports about the fight between Misbah and Hafeez.

“Taking cognizance of media reports on few media outlets that there was supposedly a disagreement amongst the think tank of Team Pakistan, in particular between skipper Misbah-ul Haq and Mohammad Hafeez, with regards to the selection of the ODI XI, the PCB highups launched a thorough inquiry. The team management was contacted in South Africa and it was discovered that no such disagreement whatsoever existed amongst the think tank, or between Misbah and Hafeez,” PCB said in a statement.

“It is therefore stated for record that all such isolated reports in the media are baseless and inspired. And an attempt to demoralize the team,” the statement said.

“In fact, the management was exceptionally satisfied that at the commencement of the One-Day International part of the rubber on March 10, the entire Team Pakistan was united and motivated and its morale was very high,” it said.

“There are no such problems and no such incident took place. The boys are close to each other and are in high spirits for the ODI series. It is true we didn’t perform up to expectations in the Test series but that is now past and we are thinking about the present and future,” Cheema said on Geo Super channel.