The bids from interested parties will be opened on August 6 and 8,

The Pakistan Cricket Board (PCB) has floated tenders for sale of different rights of its planned Pakistan Super League (PSL) T20 tournament that is scheduled to be held in December 2014 or January 2015. The PCB has placed a advertisement on its website and also in some newspapers inviting bids for Management rights, Broadcasting rights, Media rights, Sponsorship rights, Team Franchise rights, Ticket rights and Merchandizing rights of the planned PSL.

“The technical and financial bids from interested parties will be opened on August 6 and 8,” a senior board official told PTI. “Right now we are waiting to see what sort of response we get from interested bidders including any foreign companies,” he said. The PCB has said it would hold its PSL on team franchise basis with foreign players also being signed up for a bidding process. The PCB has been hoping to launch the PSL since last two years and had even set up a proper secretariat to oversee its organization.

“What is decided is that it will be held in Dubai and not in Pakistan and this is why we are hoping for a good response from bidders,” he said. The official made it clear that the PCB will be responsible for signing contracts with interested foreign players who will than be auctioned to the interested franchises at a base price reserved for each foreign and local player. “By placing this ad we have shown our serious intents on launching the PSL and our preference would be for one company to pick up all rights of the event and than organize it successfully,” he added.

The PCB during the tenure of former Chairman, Zaka Ashraf ended up paying a royal sum of USD 25,000 to Haroon Lorgat the former CEO of the ICC for his consultancy services to hold the PSL. 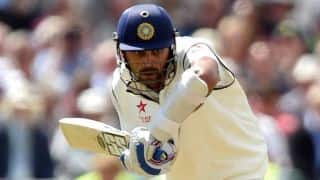