The PCB described the proposed revamp by the ICC as unjust on other nations.

The Pakistan Cricket Board (PCB) on Monday lashed out over controversial plans to reform cricket’s governing body, describing the proposed revamp as unjust.

Moves to restructure the International Cricket Council (ICC) to hand power to India, Australia and England, the game’s financial powerhouses, were passed in principle during a board meeting in January.

In an in-house meeting, the PCB termed the proposed plan as “not in line with the principle of equity nor in the interest of game of cricket”.

Members of the PCB’s governing board said in a statement that they had serious concerns over the planned revamp proposed by the cricket boards of India, Australia and England to give their countries a greater say in the running of the game.

It comes after Pakistani cricket legend Imran Khan on Friday blasted the proposals, saying they would take the game back to the days of colonialism.

The PCB said it had asked chairman Zaka Ashraf to seek guidance from Pakistan Prime Minister Nawaz Sharif and “to apprise him on this matter of immense significance and of national interest, which will have wide reaching impact on future of cricket in Pakistan”.

The PCB said it had received a detailed presentation on the proposal, which it would discuss at the next ICC board meeting.

No international cricket has been played in Pakistan since 2009, when militants attacked the visiting Sri Lankan team, and Khan has warned the new proposals would hit his home country hardest.

South Africa, Pakistan and Sri Lanka are now the only three of the 10 ICC full members who are still against the report, which will next be put on table at the ICC meeting in Singapore on February 8.

The plan needs approval from eight of the 10 ICC members. 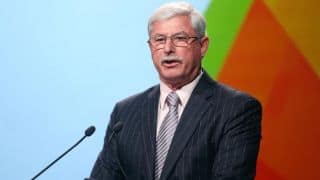 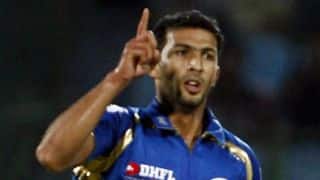