Pakistan cricket fraternity on Friday heaped praise on Sachin Tendulkar and said his record of scoring the 100th international century would remain an unmatchable ahievement. 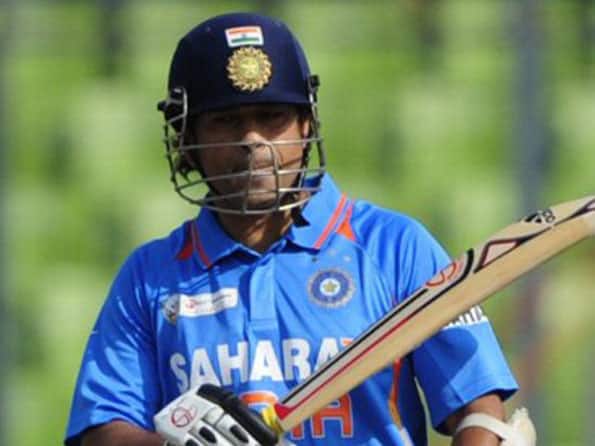 Pakistan cricket fraternity on Friday heaped praise on Sachin Tendulkar and said his record of scoring the 100th international century would remain an unmatchable ahievement.

“I think he has achieved a milestone that others can only dream off. But I give full credit to the Indian cricket authorities and selectors for backing him all these years,” said former skipper Javed Miandad.

“There was a time specially after the World Cup when there was pressure on the authorities to ask Tendulkar to call it a day but they stuck by him and supported him and that is why he has achieved this great honour for his country,” said Miandad, who played in the Test at Karachi in 1989 in which Tendulkar made his debut.

He felt the retirement decision should be left to Sachin.

“I don’t think age should be any criteria. If he feels he can continue to score runs for India he should carry on.”

“I scored 100 hundreds in first class cricket and I know how it feels to reach this milestone. Tendulkar has by scoring his 100th century today shown just what a great player he has been for India,” said Abbas.

Abbas also felt that Tendulkar besides his run-scoring feats had also been an admirable ambassador for his country and the sport.

“He has remained down to earth despite all these records to his name.”

But former wicketkeeper-batsman Rashid Latif advised Tendulkar to call it a day.

“What he has achieved is simply astonishing and a tribute to his love for the game and his craftsmanship. But having achieved this milestone, I think it is the best time for him to step down and retire,” said Latif.

Latif felt that for Tendulkar it was important to go out on a high note and be remembered as a great. “I don’t think this record is ever going to be broken at least not in our lifetime. But I wouldn’t like to see that day when some people say he should be dropped.”

Former skipper Moin Khan said that Tendulkar should carry on as long as he is fit and hungry for runs.

“It would be a joke to believe that a player who has just scored his 100th hundred in international cricket should retire. No, I think he should carry on playing and serve Indian cricket for few more years.”

Former leg-spinner and chief selector Abdul Qadir said, “I played against him when he was just a teenager and one could see the immense potential in him. In a way I am not surprised that today he has scored his 100th hundred and I don’t see anyone breaking this record in future.” (PTI)