Pataudi, nicknamed “Tiger” and well known for his superb fielding and stylish batting, passed away Thursday after battling a lung infection for about a month.

“I recently watched him on television and he looked great, but the sudden news of his death is a shock to me,” said Mohammad, known for his batting prowess in the 1950s-60s.

Mohammad said he did not play against Pataudi as India-Pakistan ties were stalled during that period but they were team-mates in a World XI.

“When Pataudi started his career, we didn’t have Indo-Pak ties but we got a chance to play in a World XI and I found him a great human being, a charismatic character and a genuine cricket buff,” Mohammad reminisced.

Former Pakistan Cricket Board (PCB) chairman Shaharyar Khan, Pataudi’s cousin, said his death was a great loss for the game.

“Pataudi was a great ambassador of Indian cricket and was a very genuine cricket lover. His death will leave a great void for the family and for the cricket world,” said Khan.

Pataudi became India’s youngest captain at 21 during a tour of the West Indies in 1962 when the then skipper Nari Contractor was injured after being hit on the head by a bouncer from Charlie Griffith.

He led India in 40 of his 46 Tests, winning nine and securing the country’s first series win abroad on the 1967-68 tour of New Zealand.

“I have lost a great and a very close friend.”

“He had a great vision of the game and his demise is not only a great loss for Indian cricket but also for international cricket as well,” the newspaper quoted Abbasi as saying.

Pataudi is survived by his actress wife Sharmila Tagore, whom he married in 1969, two daughters Soha and Saba, and son, popular Bollywood actor Saif Ali Khan.(INAS) 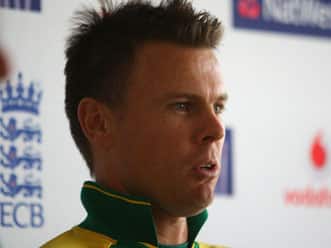