Four years on from the terror attack that plunged Pakistan into sporting isolation, the cricket-mad country looks as far away as ever from hosting international matches. 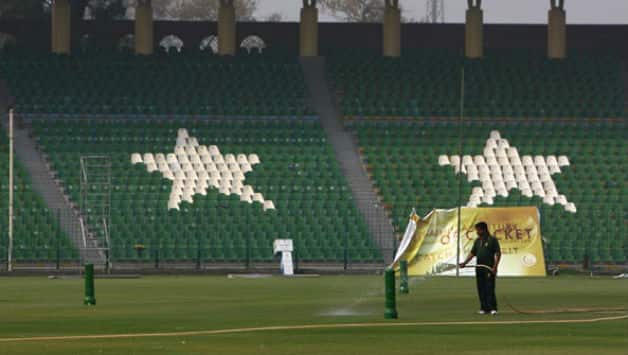 Four years on from the terror attack that plunged Pakistan into sporting isolation, the cricket-mad country looks as far away as ever from hosting international matches.

Sri Lanka were on their way to the Gaddafi Stadium in the eastern city of Lahore for the third day of the second Test on March 3, 2009, when militants opened fire and threw grenades at their bus, killing eight people.

The match was abandoned, Sri Lanka left the country and other international teams, already reluctant to tour Pakistan because of security concerns in the aftermath of the 9/11 attacks in the US, refused even to consider touring.

Pakistan has played its “home” matches in the United Arab Emirates ever since, and none of the efforts of the Pakistan Cricket Board (PCB) to lure overseas teams back have paid off.

As often happens with high profile militant attacks in Pakistan, a number of suspects were arrested but released due to lack of evidence.

Ehsan Mani, former president of the ICC, said without a proper investigation to reach a clear understanding of what happened in Lahore, international teams would not come back to Pakistan.

“Those were exceedingly tragic events not only for Pakistan cricket and for millions of fans but for me they are more tragic because there has never been a comprehensive inquiry of the mishap,” Mani told AFP.

“If Pakistan is to get the confidence of the foreign teams back, a comprehensive inquiry should be done, if it is already done then it should be made public.”

All those involved with the game in Pakistan have suffered as a result of the semi-exile.

“Not only our players have suffered from no cricket at home, but we umpires have also suffered because of lack of opportunities to umpire,” said former international umpire Nadeem Ghauri, who was injured in the attack.

The PCB has made repeated efforts to convince teams to tour, but even lowly Bangladesh refused to come after twice initially agreeing to limited overs series last year.

Attempts to organise a Twenty20 Super League — considered as a first step towards reviving international cricket — were also put on hold.

Local media termed the forthcoming general elections in May as the hurdle, but the international players’ association has issued dire warnings about the security risk of playing in Pakistan.

Former Pakistan captain Rashid Latif hoped things may improve after the elections, which are expected by mid-May.

Despite sincere hopes, the status quo seems likely to linger as South Africa have already announced they will play Pakistan in the UAE in November this year, even before PCB’s decision.

India vs Australia, 2nd Test at Hyderabad: India in control at end of Day 3