Pakistan have now registered back-to-back victories in the World Cup.

Pakistan demolish United Arab Emirates (UAE) by 129 runs and have now registered in ICC Cricket World Cup 2015, Pool B Match 25 at Napier. Courtesy of this in, Pakistan have four points in their kitty in four matches and are currently placed at fourth place, above Ireland on net run rate. Pakistan had set a target of 340 after excellent half-centuries from Ahmed Shehzad, Haris Sohail and skipper Misbah-ul-Haq. LIVE BLOG: Pakistan vs UAE

Pakistan’s innings had gotten off to a bad start yet again as they lost Nasir Jamshed for just four early on. Shehzad and Sohail then put on 160 for the second wicket that put Pakistan back in the driving seat. But Shehzad (93), Sohail (70) were dismissed in quick succession but a quick-fire partnership between Sohaib Maqsood (45) and skipper Misbah-ul-Haq (65), ensured that Pakistan went beyond 300. Manjula Garuge picked up four wickets for UAE. SCORECARD: Pakistan vs UAE in ICC Cricket World Cup 2015

Shahid Afridi’s seven-ball 21 at the end of the innings ensured that Pakistan finished with 339 for six in their 50 overs. Shahid Afridi too reached a unique record where he became the first player to score 8,000 runs in ODIs and also have 350 wickets. He is also the fourth Pakistan player to go past the 8,000-run mark. LIVE CRICKET STREAMING: Pakistan vs UAE

UAE too had a horrible start to their innings. They found themselves at 25 for three within the first 10 overs having lost their top three batsmen in no time. But they fought back thanks to an excellent 83-run partnership between Shaiman Anwar and Khurram Khan for the fourth wicket ensured that UAE fought back to a certain extent. But when Anwar went for for 62 and Khurram Khan went for 43, the batsmen to follow could not carry on the momentum. Rohan Mustafa went for a duck soon after Anwar’s dismissal.

Amjad Javed and Swapnil Patil stuck around and built an excellent 50-plus stand for the seventh wicket. Javed struck some lusty blows and kept the crowd entertained. But the UAE batsmen have proved that they can put up a good fight. Javed was dismissed for 40 off 33 deliveries and Swapnil was the last wicket to fall for 36

Man of the match: Ahmed Shehzad 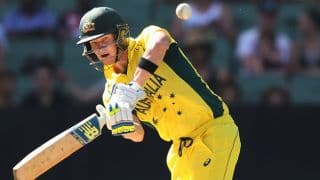 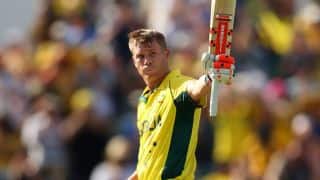