There was no fairytale turnaround. Zimbabwe capitulated helplessly against Pakistan in the third ODI at Bulawayo. Not only did they lose by 9 wickets, but the entire match lasted a sum total of 35 overs. Set to chase a paltry 68, Pakistan lost a wicket off the first ball of their innings: Blessing Muzarabani bowled a steep bouncer, and all Imam-ul-Haq could do was edge to wicketkeeper Ryan Murray.

Zimbabwe’s joy for the day ended there. Fakhar Zaman and Babar Azam eased into the proceedings, taking Pakistan to 42 for 1 after 8 overs. Then Fakhar hit 7 fours in 9 balls to seal things. He finished on a 24-ball unbeaten 43, while Babar Azam’s 19 took him 34 balls.

Earlier, Zimbabwe were bowled out for 67 in 25.1 overs. Usman Khan found the edge of Prince Masvaure early, but Chamu Chibhabha (16) and captain Hamilton Masakadza (10) restored some sanity. Then all fell apart against Faheem Ashraf, who ripped through the Zimbabwe middle-order for 5 for 22. Wellington Masakadza (10*) was the only other Zimbabwe batsman to reach double-figures.

Yasir Shah, playing an ODI after almost two years and an international match after nine months, got some much-needed bowling practice: his figures read 7-2-10-1. Muzarabani stayed scoreless for his first 21 balls, threatening Runako Morton’s record for the longest ODI duck, before hitting Shadab Khan for four and getting out promptly next ball.

Player of the Match: Faheem Ashraf. 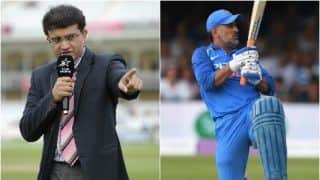 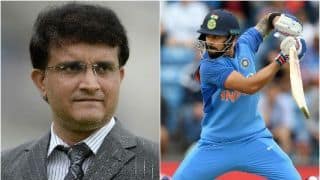