Pakistan's most prestigious Twenty20 cricket tournament, with the participation of 14 teams, started here. 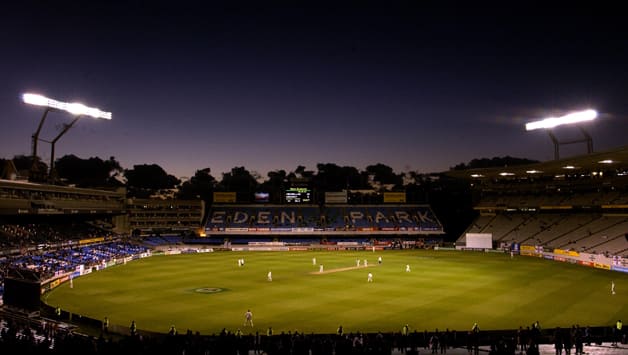 Pakistan‘s most prestigious Twenty20 cricket tournament, with the participation of 14 teams, started here.

The Faysal Bank National T20 Cup will be played at three different grounds in Lahore and will be concluded with its final played at the Gaddafi Stadium Dec 9, reports Xinhua.

Officials from the Pakistan Cricket Board (PCB) inaugurated the annual championship Saturday in which a total of 45 matches including two semifinals will be played. During the group stage, at least six matches will be held each day.

The tournament will be played under the format of round robin and knockout stage.

Originally the tournament was scheduled to be held in Karachi but was shifted to Lahore due to law and order situation in the port city.

All the teams were divided into two groups and the two top teams of each group will qualify for the semifinals. Top Pakistani cricketers will take the event as a chance to show their skills, fitness and form in order to be selected for the upcoming tour to India.

Pakistan Test and One-day International captain Misbah-ul-Haq will lead his team “Faisalabad Wolves” while the national T20 team’s skipper Mohammad Hafeez is the leader of the Lahore Lions.

National team’s middle order senior batsman Younis Khan will be captaining the Abbotabad Falcons and Shoaib Malik along with his team Sialkot Stallions will defend their title.

This is the last tournament of its kind being organised and it will be replaced with the “Pakistan Premier League” tentatively scheduled for March 2013. According to the PCB official statements, a number of foreign players will also participate in this cash-rich league.