South Africa dismissed Pakistan for 338 runs at Lunch on Day Two of the second Test at Cape Town on Friday. Pakistan were dismissed for 338 runs at Lunch on the second day of the second Test against South Africa at Cape Town on Friday.

Vernon Philander continued from where he left behind on Day One as he struck on the first ball of his over removing set batsman Asad Shafiq. A trademark outswinger delivery saw Shafiq poking at the ball only to be caught at slips by Graeme Smith.

The pacer seems to have developed a special bond with Cape Town. 25 out of the 83 wickets he has picked so far have come from this venue.

Philander continued his good run by dismissing wicketkeeper Sarfaraz Ahmed in the next over. Alviro Peterson pulled off a spectacular catch at third slip as the pacer looked set for another five-wicket haul.

Umar Gul was the next man to be dismissed for a duck after being adjudged LBW. Though the batsman went for a referral but the decision was upheld. Philander has now completed his ninth five-for in just 15 Test matches.

Pakistan will be disappointed as they failed to build on the platform created by Younis Khan and Asad Sahfiq before Khan was dismissed towards the end of Day one. It yet again exposed Pakistani batsmen’s vulnerability against the new ball.

Tailenders Tanvir Ahmed and Saeed Ahmed managed to stitch a 64-run ninth wicket partnership. Ahmed was the more aggressive of the two before he was dismissed by Robin Peterson. Ahmed tried to loft over mid-off and holed out to Philander. He played a valuable innings of 44 runs to help his team to post a respectable first innings total.

Last man Mohammad Irfan didn’t last long as Pakistan folded up for 338. The onus now lies on the much lauded bowling attack of Pakistan to pull things back and inflict early damage on the home side. 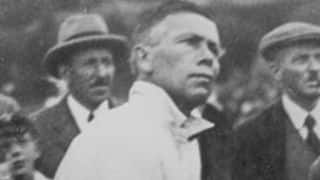