Pakistani cricket fans concluded their weekend with a mixed mood as the national team lifted the One-Day International series trophy in India but lost the last match of the tour in New Delhi. 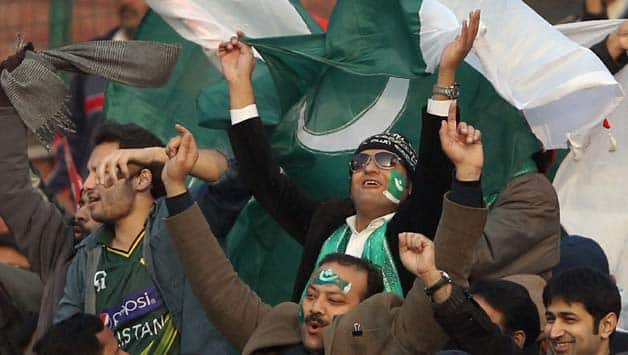 Pakistani cricket fans concluded their weekend with a mixed mood as the national team lifted the One-Day International series trophy in India but lost the last match of the tour in New Delhi.

“We could not win the last match but we have clinched the trophy, the main thing of the tour,” team’s supporter Shams Ikram was quoted as saying by Xinhua.

Pakistani fans arranged big LED Screens at parks, road sides, in markets and at hotels in the federal capital of Islamabad to watch their team contesting in the thriller against the arch-rivals India in the Indian capital.

As the game progressed, the excited fans danced at the drum beats, chanted slogans and exploded fire crackers.

Majority of the fans were jubilant and excited as Pakistan captain Misbah-ul-Haq lifted the trophy. But some of the fans looked in low spirits as they were wishing a complete sweep of the series.

A gloomy fan named Sami said, “This is very strange, I am still in a shock, I don’t know what happened to our players. The target was so easy but by playing poor shots we missed a historical movement.”
Pakistan failed to chase a 168-run target in New Delhi.

By winning the last match of the series, India avoided whitewash in a home ODI series against any tourists that they last suffered in 1983.

It was the third time in the India-Pakistan rivalry that Pakistan defeated the hosts in an ODI series after 1987 and 2005.

So far, both teams have played 124 matches around the world with Pakistan winning 71 and India 49.

On Indian soil, both teams have met 30 times with Pakistan victorious in 19 matches and India 11.