Prior to lifting the 2017 Champions Trophy, Pakistan had lost the ODI series against England and Australia by 1-4. They managed to win series only against West Indies (3-0) and Ireland (1-0).

They were almost on the brink of losing a direct qualification to 2019 World Cup, a state that Sri Lanka were found in recently. However, Pakistan s victory in Champions Trophy, their first, ensured them direct ticket to World Cup.

Pakistan along with England were the only teams to have not won the Champions Trophy. Pakistan did come close to the target thrice 2000, 2004 and 2009 but were knocked out in the semi-final stage.

The victory became all the more sweet as Pakistan defeated their arch-rivals India. Since then, Pakistan cricket has only seen an upsurge.

International cricket returned to the country and they won the limited-overs series against Sri Lanka. To add more to the excitement, Pakistan government has released postage stamps and souvenir sheets to honour Pakistan s remarkable victory in Champions Trophy.

Priced at PKR 5 and PKR 10, there are two sets of pictures on the stamps. While one has members of the Pakistan team celebrating after the win, the other set includes just the trophy along with flags of the eight participating teams, as reported on Hindustan Times.

Earlier, only Imran Khan has lead Pakistan to their only World Cup in 1992. This was Pakistan s biggest ODI win under new captain Sarfraz Ahmed. 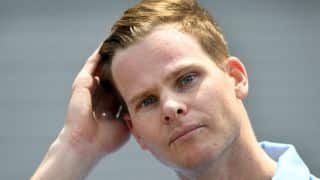