Pakistan has an edge over India in fast bowling, says Sohail Tanvir

Pakistan has an edge over India in fast bowling, says Sohail Tanvir 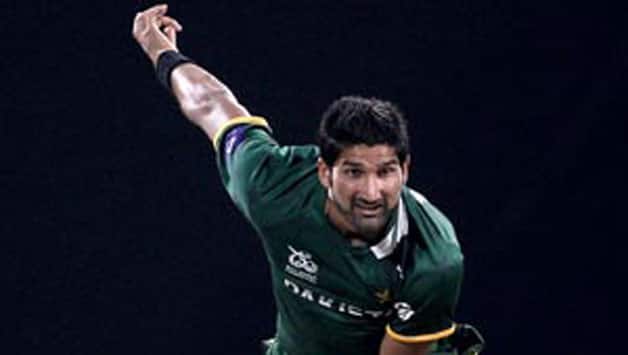 “Pakistan has an edge over India in fast bowling as India lack good quality fast bowlers. Indian pacers are busy cementing their place in the team and they lack in confidence.

India does not have permanent pace attack and we will try to take advantage of that,” left-arm pacer Sohail Tanvir told reporters here today.

Tanvir was of the view that an Indo-Pak is not just about good cricket but also about passion.

“Hopefully we will get to see exciting contest on the field. However, I am not talking about the result because both teams are good and balanced,” said Tanvir on the eve of the first of the two Twenty20 Internationals at the M Chinnaswamy Stadium here.

Tanvir was also full of praise for Pakistan’s spin department led by Saeed Ajmal but rued the fact that the pacers performances get unnoticed because of the tweakers.

“With the arrival of Saeed Ajmal, Shahid Afridi and Mohammad Hafeez in Pakistan team and playing together in matches after matches, the performances of fast bowlers goes unnoticed,” he argued.

Tanvir said the experiences of playing in India would help him perform better in the series. .

“I have played in India and performed really well. I cherish 2007 series in India where I bowled well and got many wickets in Tests and ODIs. My performance also was good in the IPL. I get inspired by these performances which helps me in giving my best,” Tanvir said.

Tanvir said youngsters have a wonderful opportunity to put up a good show in the high-profile and become star players.

“Whoever performs against India becomes a star,” he added.

Tanvir said that any India-Pakistan series is full of pressure and the visitors are looking upto senior cricketers like Shahid Afridi and Umar Gul to deliver the goods.

“They (Afridi and Gul) are talented and hopefully they will deliver,” he said.

He said they have watched videos of the just-concluded India-England series to chalk out strategies against Indian batsmen.

Asked whether Pakistan would fancy their chances in the series in the absence of Sachin Tendulkar, who retired from ODIs today, Gul said, “It does not matter whether Sachin is playing or not because the India team is formidable without the star batsman.

“We hope to play good cricket against India. We are a balanced team, boasting of good spinners, pacers and batsmen.”

Criticism may have prompted Sachin to retire: Sunil Gavaskar