Pakistan has already invited Cricket South Africa to send its team in January-February next year to play two Tests and a three-T20 series.

England men’s cricket team has been invited to visit Pakistan for a ‘short white-ball tour’ in 2021, England and Wales Cricket Board has revealed. The Pakistan Cricket Board is looking to host England for a three-match T20 International series in January next year, PCB CEO Wasim Khan confirmed on Thursday. England has not played in Pakistan since the 2005-06 season when the team toured for a Test and one-day series.

“Yes, we have now sent an official invitation to the ECB inviting them to send their team and have also created a window between 13 and 20 January to play the three T20 series,” Khan told a Pakistani channel.

Khan made it clear that the short tour was not related to the Pakistan touring England this summer for a Test series despite the COVID-19 threat.

“When we took the decision of sending the team to England we were worried because of the COVID-19 and bio-security bubble situations and some people also voiced their concerns that might be putting our players into a health risk,” Khan conceded.

“It wasn’t easy for us when some 10 players tested positive prior to leaving for the tour,” he recalled.

“But we sent the team because we felt that it was imperative to resume cricket activities and the resumption of world cricket depended on how well the bio-secure bubble worked in the series,” he added.

Khan said it is up to the England Cricket Board to assess the situation and take a call on the invitation.

“We never discussed a return tour at that time but now we have invited the ECB to send their team and now it is up to them to assess the security, COVID-19 situations before reaching a decision,” he said.

“We are very confident they will come and if that happens it will be great for Pakistan cricket as it will open the doors for other top teams like Australia and New Zealand to also come to Pakistan,” he added.

While nothing has been confirmed, ECB said they will be working with their Pakistan counterparts in the coming weeks to sort the roadblocks. England have not toured Pakistan since 2005 and according to the Future Tours Programme (FTP), their next trip is scheduled only in 2022.

For the proposed tour, ECB have listed Covid-19 bio-secure bubbles, overall security in the country and an already busy schedule of the England cricket team as the primary challenges, but said no final decision has been taken yet.

“As with any proposed tour that takes place at this time, the safety and welfare of our players and staff is paramount,” the release said.

Pakistan has already invited Cricket South Africa to send its team in January-February next year to play two Tests and a three-T20 series.

Pakistan will be hosting Zimbabwe for a white-ball series in Rawalpindi and Lahore in November and Khan said it was high time that top teams came to the country.

Test teams have avoided playing in Pakistan since 2009 when terrorists attacked the Sri Lankan team bus in Lahore.

But in the last two years the ice has been broken with Sri Lanka and Bangladesh coming last season to play Test matches and white-ball cricket as well.

The entire Pakistan Super League’s fifth edition was also held early this year for the first time since its launch in 2016. 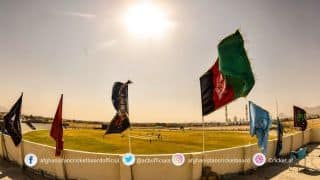 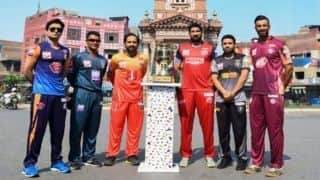