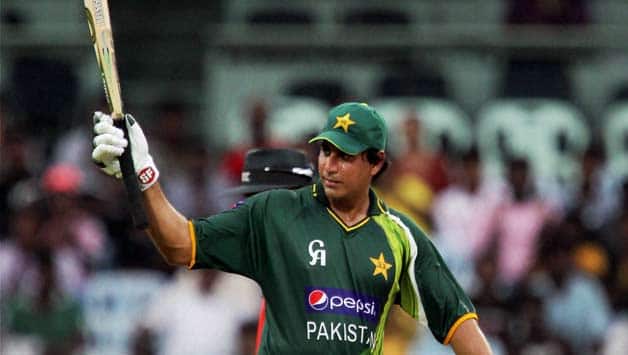 “Jamshed was a injury prone guy but is an exceptional talent. I am really very pleased with him. We are very lucky to have him in the team. It is good to see him fulfilling the expectations that we all have from him,” said Alam as the Pakistani opener played some classy shots in the match.

Jamshed scored 106 off 124 balls before getting out to Ravindra Jadeja. This was his second century of the series and the third consecutive three-figure knock against India.

Alam, Pakistan’s first ODI captain, is among the several former captains from his country and India who have been invited by the Cricket Association of Bengal (CAB) for a felicitation programme to commemorate the 25th year of 50 overs cricket at the hallowed stadium.

The former leg-spinner expressed happiness on coming back to the city and to the Eden from where he has very good memories.

“I have some very pleasant memories of Eden Gardens. I was a member of the Pakistan team when we came here in 1960-61. That was a very interesting Test match that we played here. We had lost six quick wickets for 120-odd runs before myself and Mustaq Mohammad put on 100-odd run partnership,” said Alam.

Alam, who took four wickets in the match, still remembers how he had castled India batsman Abbas Ali Baig. The match, however, ended in a draw.

“I have sweet memories of Calcutta, especially Eden Gardens. I have some very good friends here. Over the years I have been coming here. It is good to come back to Kolkata and the Eden,” added Alam.