Pakistan One-Day Internationals (ODI) captain Misbah-ul-Haq has vowed to play aggressive, positive and hard cricket in the upcoming series in India scheduled to be held in the end of December. 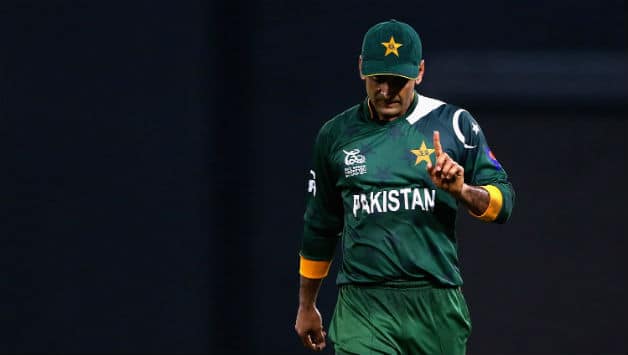 Pakistan One-Day Internationals (ODI) captain Misbah-ul-Haq has vowed to play aggressive, positive and hard cricket in the upcoming series in India scheduled to be held in the end of December.

“Whenever we play India the pressure and tension is different and the only way to overcome the pressure is with aggression and a positive mindset,” Misbah told Geo News channel.

Pakistan Twenty20 skipper Mohammad Hafeez also said that he was looking forward to the bilateral series not only as player but also as a captain.

“Unfortunately we have not been able to play regular bilateral matches with India due to reasons other than cricket. I’m a firm believer that as far as Indo-Pak relations are concerned we need to keep sports and cricket separate from other things because every time something happens it also affects cricket relations,” Hafeez said.

Hafeez said he and other players were excited about the tour as it will be happening after five years.

“I see this series as a big platform for us as a team to show the world that we are capable of beating anyone anywhere.

This present Pakistan team has lot of potential to do well and the upcoming tour offers a great opportunity to show that we are a great cricketing nation.”

He also pointed out that Pakistan cricket deserved lot of credit given the problems it had faced in the last three years.

“It is to our credit that we have still done so well although the disappointment of not winning the recent World T20 still lingers on,” said Hafeez.

“As a Pakistani player we all want to play in India and do well against them. The expectations are always high and people from both countries want their teams to win,” he added.

Hafeez also conceded that he was expecting his pace bowlers to do well in India.

“In order to beat India our pacers and batsmen need to fire and in the past also our pace bowlers have won us matches there,” he noted.

Meanwhie, to a question, 38-year-old Misbah said that he was a firm believer that age didn’t matter in professional cricket.

“It is not the age that matters, it is the performance that matters. I am feeling strong and confident and there is no reason I shouldn’t carry on,” said Misbah.

He also said that he believed that as a nation, Pakistan needed to learn to accept defeat and victory in the same manner.

“As a player my philosophy is and this I also try to tell my players that never accept defeat as a player but also learn to tolerate defeat.”

Stating that the series against the arch-rivals would be big challenge for Pakistan, Misbah said, “India has a strong batting line up but I firmly believe we have a edge as far as bowling is concerned. I believe that if we can restrict them under 300 on a good batting pitch, our bowlers would have done their job.”