The series gets underway on June 8

Pakistan is set to host West Indies in Multan for a three-match ODI series. The conditions won’t be easy for the players as the city is battling with an intense heat wave. The temperature is expected to touch the high 40s during the games, which can drain out an individual. Pakistan skipper Babar Azam is also aware of the physical challenges and revealed that the team is having a conditioning camp to acclimatize to the weather.

“It’s a challenging scenario but now it has been decided and we are preparing for it. Definitely it is hot, but we are having a conditioning camp and acclimatizing to the weather. We started our training camp earlier in the day from 2:30pm so that we could feel the heat and get ourselves ready for the matches,” Babar Azam, Pakistan captain, said in a press conference recently.

Ahead of the first ODI on June 8, the Babar Azam-led side found a great way to beat the scorching heat. The Pakistan players had a pool party where players refreshed themselves. The video of the same was uploaded by PCB on their YouTube channel and went viral.

The series will be broadcasted on Sony Network in India while the fans can catch the live streaming on SonyLiv App. The fans in Pakistan can watch the matches on ASports and PTV Sports 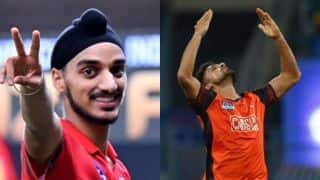