Pakistan players will face pay-cuts if they fail to meet fitness standards.

Pakistan players who are centrally contracted to the Pakistan Cricket Board (PCB) could lose 25 percent of their salary if they fail to match fitness levels prescribed by the National Cricket Academy (NCA). Mohammad Akram, the head coach at the NCA said that this week most of the contracted players and some others had undergone fresh fitness tests in Lahore.

“This was a follow-up to the fitness camp we held in Lahore in June-July where players were told they now had to meet a standard set by the coaching panel and fitness trainers at the NCA,” Akram said. He said that results of the fresh fitness tests which consisted of 17 stages would be known in a week’s time. “These tests were held to see whether the players have followed the procedures to maintain fitness standards given to them in the fitness camp,” he added. He said it had been made clear to the players that if any of them failed to meet the required standards they will face pay cuts.

“All the 17 components of the tests such as agility, strength and endurance of players were conducted with help of three cameras so that no one has any complaints,” he stated. “We have told them that any player who does not meet required level will be docked 26 percent of his salary in the contract for the next four months,” Akram, a former Test bowler and bowling coach of the national team, said.  He said the PCB wanted the players to appear in fitness tests every three to four months so that one could maintain their progress closely.

But Akram said there was also a incentive for players who worked hard on their fitness as they could get 10 percent raise in their central contract. “If they match the benchmark again in the next four months, their previous pay will be restored. Similarly, any player who will reach level four will receive a 10 percent raise in their current contract for the following four months.” 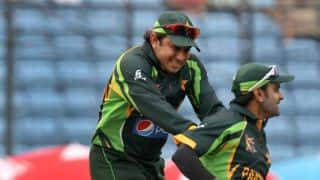 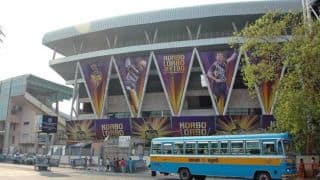