The Pakistan Cricket Board's plans of organising a short conditioning camp before the team leaves for Bangladesh around March 7 to participate in the Asia Cup is being met with resistance by some players. 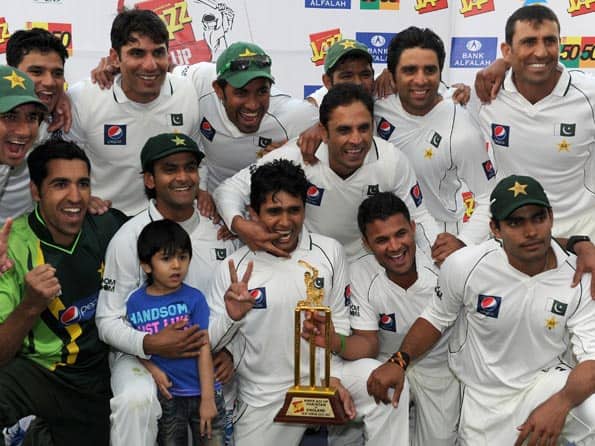 The Pakistan Cricket Board’s plans of organising a short conditioning camp before the team leaves for Bangladesh around March 7 to participate in the Asia Cup is being met with resistance by some players.

The PCB wants to hold a conditioning camp from March 2 so that new coach Australian Dav Whatmore is also able to spend time with the players in the net and assess them before they leave for the Asia Cup.

“The board has also asked former Test pacer, Sarfaraz Nawaz to work with the current crop of fast bowlers in this camp but some players believe it would be better if they were given a week’s break after returning home from the UAE on Tuesday,” one well-informed source said.

The Pakistani players have been engaged in a “home” series with England in the UAE since early January and before that played in Bangladesh and also against Sri Lanka in the emirates.

Captain Misbah-ul-Haq has already said that one reason for the sudden drop in performance of players could be home sickness.

“The Chairman of the board will be returning home today and will decide on next course of action,” one source said.

Whatmore and fielding coach Julian Fountain are also due to reach Lahore on March 2 to take charge of the team.

The source said Sarfaraz was also not a popular choice with the players to work as bowling coach because of his statements criticising them.

Interestingly, after the decision of Pakistan bowling coach Aaqib Javed to join the UAE team as its head coach, the post of bowling coach is also going to be vacant after the England series.

On Sunday, Sarfaraz told the Pakpassion.net website that he felt that young pacer, Mohammad Aamer should be banned for life at a time when many former players are urging the board to take steps for rehabilitation of Aamer.

Among the former players, Imran Khan recently said he felt that Aamir should be allowed to resume his cricket career once he has served his five-year ban.

However, Sarfaraz disagreed with Imran’s statement and feels that despite Aamir’s tender years, the left arm pace bowler should serve a life ban from cricket.

“I read Imran’s statement with great surprise. In fact I was shocked that he said such a thing. I don’t think Aamir should be allowed to return to cricket at all and the Pakistan Cricket Board should not be offering to help him either. He should be banned for life,” said Sarfaraz.

Sarfaraz also feels that Amir and his two former colleagues have betrayed the nation of Pakistan and cheated the genuine cricket lovers around the world.

“They deserve no sympathy at all. It was a case of blatant cheating and the only reason was greed. All three of them were very talented cricketers,” he said.

“Aamir had the world at his feet, he was a bowler of genuine class and ability. Butt had just been given the honour of leading Pakistan in Tests and Asif had shown in England in 2010 what a thoughtful and impressive bowler he was.

“All of them threw that away, they tarnished the reputation of Pakistan cricket, cheated cricket lovers all over the world and betrayed the nation of Pakistan,” he added. (PTI)