Pakistan have recalled the pair of Iftikhar Ahmed and Mohammad Nawaz for the upcoming ODI home series against Sri Lanka.

Pakistan have recalled the pair of Iftikhar Ahmed and Mohammad Nawaz for the upcoming ODI home series against Sri Lanka starting later this month. Misbah-ul-Haq, the newly-appointed Pakistan head coach and chairman of selectors, announced his first 16-man squad after taking charge earlier this month.

Pakistan had earlier named a 20-man probables for the three-match rubber and pruned it down to 16 with four cricketers including Ahmed Shehzad, Faheem Ashraf, Hasan Ali and Umar Akmal being left out from the final squad.

Iftikhar, a middle order batsman, last played an ODI in 2015 impressed with his domestic form during which he struck consecutive hundreds in a one-day tournament. On the other hand, bowling allrounder Nawaz’s last ODI was in September 2018.

“Iftikhar has an average of 51 in List A, he has been a top performer in the last three to four seasons,” Misbah was quoted as saying by ESPNcricinfo. “He is, I think, our fifth bowler, and you can utilise him, his fitness is excellent. He is a mature player, he is a three-dimensional player, fielding-wise good, he can do bowling, he can bat, he has 91 strike rate and 51 average and that’s the reason we have brought him. Previously he was not coming into the team became of Hafeez and Shoaib, now he is in the team and he can bowl offspin too.”

Veteran allrounder Mohammed Hafeez has been left out of the squad as he was earlier granted NOC to play in the ongoing Caribbean Premier League. However, the alongside Shoaib Malik (retired ) he is still in Misbah’s plan for the ICC T20 World Cup next year.

“Shoaib and Hafeez have performed well in the last 10 T20s and we can’t ignore them, but this is the opportunity for other players to show their skills,” Misbah said.

Fast bowlers Hasan Ali (back spasms) and Shaheen Afridi (dengue) have also not been included.

The series starts from September 27 with the second ODI on September 29 and the final on match on October 3. All the matches will be played at the National Stadium in Karachi.

The ODIs will be followed by three-match T20I series starting from October 5. 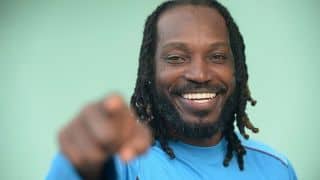