Pakistan cricket is undergoing a severe soul searching for ways to restore its international pride after three of its top players were jailed for taking bribes in England. 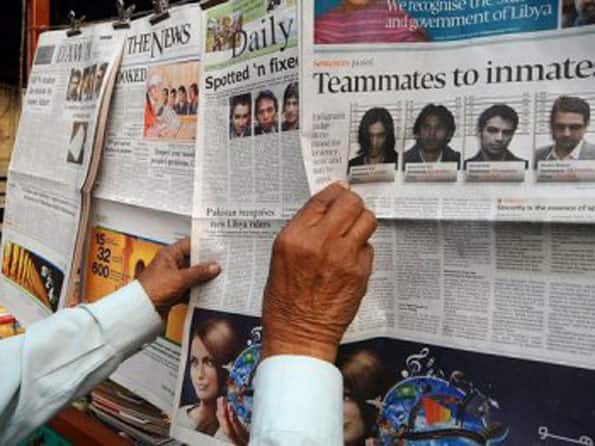 Pakistan cricket is undergoing a severe soul searching for ways to restore its international pride after three of its top players were jailed for taking bribes in England.

Former Test captain Salman Butt was on Thursday handed a 30-month prison term while Mohammad Asif got a year and Mohammad Aamer six months for their roles in fixing events during the Lord’s Test against England last year.

The scandal rocked the cricket world and left Pakistan’s millions of loyal fans feeling betrayed in a country where the game is an obsession.

“It is really introspection time for Pakistan cricket,” said former captain Ramiz Raja. “We don’t need cricketers who sell their souls to the devil, but we need players who are good ambassadors and play for the honour.”

The International Cricket Council (ICC) came down hard on the Pakistan Cricket Board (PCB) in the wake of the scandal, directing them to take strict measures and warning that failure could lead to their suspension.

The PCB have shown willingness to clean up the sport but experts say Pakistan will face a tough time in the months and years ahead following the worst scandal since South African captain Hansie Cronje was banned for life in 2000.

Pakistan is also facing a huge challenge in bringing international cricket back to a country which has not hosted any top-drawer matches since militants attacked the visiting Sri Lankan team in Lahore in March 2009.

Cronje’s former team-mate David Richardson, now ICC general manager cricket, said it was a tough period for the sport in South Africa after their match-fixing scandal.

“I was involved in a team whose captain was found guilty of match-fixing. Unfortunately, we were all tainted by his actions. If I went to a school’s match to watch my son play cricket, people used to shout to me asking which team my money was on,” Richardson told AFP.

Richardson said Pakistan should use all means to ensure their cricket is clean.

“The Pakistan team has to make sure that the perceptions of their cricket are clean. And this means all the good guys have to stick together and fight for that position,” said Richardson.

The former wicket-keeper batsman said he was confident Pakistan still have the talent to overcome their current woes.

“Pakistan’s cricket team still has in its ranks not only some wonderfully talented, but wonderfully ethical people. These good guys will need to stick together, back and support each other, and establish an environment in the dressing room which is healthy, honest and sporting,” Richardson said.

“Obviously they need to work closely with our anti-corruption and security unit and report any approaches or suspicious contacts at the earliest opportunity.”

Players such as Younis Khan, Shahid Afridi and now-retired Shoaib Akhtar had made a reputation for themselves and rejected any approach to fix matches.

Under a cool and mellowed captain Misbah-ul Haq, the Pakistan team have shown great focus and have avoided any distraction.

The PCB have also shown more determination in dealing with the menace, chief operating officer Subhan Ahmed said, voicing hope that they can put the past behind them.

“I think we should ‘let the dead past bury its dead’ otherwise we will continue living in the past and will lose the sight into future. What has happened is truly eye opening and we must take lessons from it,” he said.

“We have put in place some stringent measures and are also looking at strengthening our codes. We are also contemplating on recommending to our government to pass legislations making corruption in sports a criminal offence,” Ahmed told AFP.

“PCB faces a difficult time,” said Qasim. “We must select educated players and devise a system through which we can ascertain the character of a player, how he behaves with the limelight and with the huge money he earns,” said Qasim.

“These are difficult times, but I am sure we can come out of it.” (PTI)