Pakistan allrounder Abdul Razzaq has lashed out at the selectors for advising him to play and perform in domestic cricket if he wants to be considered for national selection. 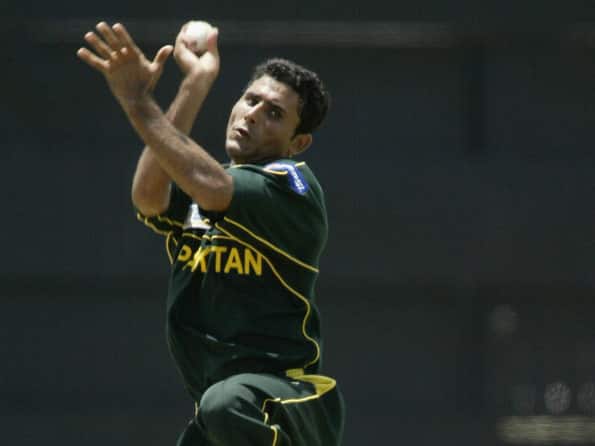 Pakistan all-rounder Abdul Razzaq, who has played 46 tests and 265 ODIs, said he would continue to go and perform in foreign leagues. Getty Images

Pakistan allrounder Abdul Razzaq has lashed out at the selectors for advising him to play and perform in domestic cricket if he wants to be considered for national selection.

Razzaq, who has not been considered for selection since he played against Sri Lanka last November in the UAE, said it was strange that selectors who got positions in the board because of public relations were giving advise to senior players.

“The selectors are quick to advise senior players who have given years of services to Pakistan cricket to show their form in domestic cricket. How can we expect justice from selectors who get positions in the board because of public relations,” he told reporters in Karachi.

Razzaq said it was disappointing that while chief selector Iqbal Qasim became a selector on the basis of his PR, he was advising senior players to play domestic cricket.

“I think after having played 15 years of international cricket I don’t need to prove myself. I am disappointed that the selectors didn’t even bother to call me and ask me to prove my fitness before announcing the squad for the Sri Lanka tour,” he said.

Razzaq, who has played 46 tests and 265 ODIs, said he would continue to go and perform in foreign leagues.

“I think my performance in foreign leagues is enough to show everyone I am fit and doing well. I will be going to England and will try to prove my form and fitness with my performances,” he said.

Razzaq said he would like to see the board and selectors giving more respect to the senior players.

“I don’t want to repeat myself but in 15 years tell me when was I ever given a settled role in the national team as a batsman or bowler although I performed whenever I got the opportunity.”

The 32-year-old allrounder lamented that no coach including former Pakistan coaches — Waqar Younis and Mohsin Khan — could utilize his experience and skills properly.

“I was never even sure about my batting position all these years,” he said.

According to sources in the board Razzaq is unlikely to get a central contract when the list of contracted players is announced by the board soon.

Sources say that the PCB chairman Zaka Ashraf has approved a pay hike of 10 per cent in the new contracts which will be till end of the year. (PTI)