Former ICC President Ehsan Mani has criticised the Pakistan Cricket Board (PCB) for agreeing to tour India for a short one-day series later this month. 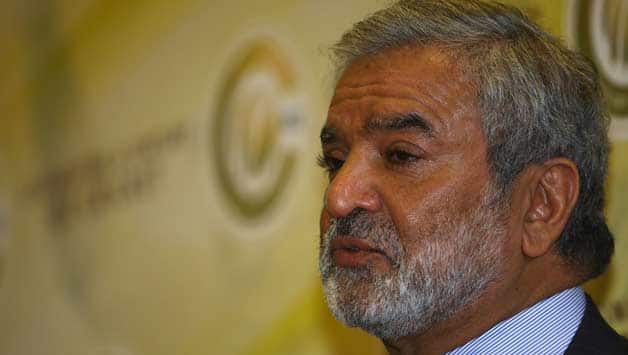 Former ICC President Ehsan Mani said if touring India is a political decision, then PCB should have asked the politicians to make sure that India reciprocated by coming and playing against Pakistan even if it was at a neutral venue Getty Images

Former ICC President Ehsan Mani has criticised the Pakistan Cricket Board (PCB) for agreeing to tour India for a short one-day series later this month.

“I think the PCB is wrong to have agreed to this. If it is a political decision, then the PCB should have asked the politicians to make sure that India reciprocated by coming and playing against Pakistan even if it was at a neutral venue,” Mani said in an interview.

Mani who was Pakistan`s representative in the ICC before becoming its President in 2003 said he couldn`t understand how the PCB agreed to play in India when the nation owes Pakistan two series which it has cancelled out on.

He said from a reciprocity point of view, it is totally wrong that Pakistan should be going to India.

“My opinion is Pakistan should not be going to India at all. India or the BCCI went out of its way the Mumbai attack to isolate Pakistan cricket at the ICC,” Mani said.

He pointed out that BCCI knew well that by refusing to play Pakistan even at a neutral venue, they going to cost the PCB a huge amount of money.

“This short series will enable BCCI to earn over USD 100 million, probably as much as USD 150 million. All we`re doing is to help India make a lot of money out of us, with no assurance of a reciprocal tour,” he noted.

“It is sort of trying to get the headlines. I don`t see any benefit to Pakistan cricket in terms of getting cricket back to Pakistan by playing this series. Certainly, I am not in favour of it.”

Mani was also critical of the way PCB was being run.

“The biggest stakeholders of cricket in Pakistan are the cricket associations and the affiliate members of the PCB. They have no say in who will run Pakistan cricket. The person who is enforced on them by the President of Pakistan, who is the Patron, means that person has no accountability to the stakeholders — he`s given a total free hand to do what he wishes with no accountability,” he explained.

Mani said since there were no accountability, the person who heads the board works for his own benefits.

He also pointed out that while there was no financial crisis in the PCB, it was worrying to see the pace at which the Board has been increasing its expenditure since Zaka Ashraf took over.

“Since Zaka Ashraf has come in the expenditure of the Pakistan Cricket Board has increased by Rs 30 million a month. What is this money being spent on? When I say expenditure, I am just talking about the payroll cost.

“It`s not coaches or anything – its cronies. That is the big damage that is being done to Pakistan cricket. Money spent on people like big government employees who manage to give jobs for political gains. These are the sort of issues that have to be tackled,” he said.

Slew of positives for India from the Kolkata Test!