Junaid Jamshed is believed to have been with one of his wives on the ill-fated plane.

Pakistan International Airlines (PIA) plane PK-661 crashed near Havelian in Pakistan, in which 47 people on board lost their lives. Popular singer Junaid Jamshed and his family were also on board and they too have lost their lives in this air crash. The cricket fraternity, mostly Pakistan players, have taken to Twitter to offer their condolences. Before he became a singer, Jamshed worked for the Pakistan Air Force as a civilian contractor and engineer. He later turned into an Islamic Preacher. Jamshed is now survived by his remaining wife, three sons and a daughter. Like Jamshed, his father too was in the Pakistan Air Force and served as a Group Captain.

Jamsehd was retuning Chitral, where he had gone for some preaching-related work. Heaven on Earth Chitral. With my friends in the Path of Allah. Snowpacked Tirchmir right behind us, Jamshed tweeted upon his arrival at Chitral. Jamshed was one of the most loved pop singers in Pakistan. He shot to fame for his song Dil Dil Pakistan in the 1980s. In 2014, there was a FIR lodged against him by TV actor Aamir Liaquat accusing him of blasphemy. Jamshed was accused of mocking Prophet s wives, for which he later apologised through his official Facebook page. He was also physically assaulted at the Islamabad airport in 2014.

My heart goes out to the families whose loved ones were lost. May Allah make it easy. Let’s say Fatiha for all & sp Junaid Jamshed bhai RIP

My heart is drowning in sadness to learn about the air crash of Pia.. news feared my friends Junaid Jamshed and alay Akram was in it 2..

Sad news about our brother @JunaidJamshedPK today. May Allah grant him and his family and all those on the plane Jannah. Ameen

Devastated hearing the news of the plane crash. May Allah have mercy on all affected. Thoughts and prayers going out to all #PK116 #Chitral

I met Junaid Jamshed in June this year with @wasimakramlive . He was extremely courteous and hospitable. And he sang that evening!

Very sad news to hear for all of us..may allah grant him higher rank in jannah.

Condolences to all families #rip pic.twitter.com/tVz2X7s2fj

Sad news coming from Pakistan, prayers are with the families of the passengers, #pk661@JunaidJamshedPK Inna lilah wa Inna ilahi Rajioun

After the 9/11 attacks, his music career took a major hit. He had filed for bankruptcy and wished to restart his career as an engineer. In 2004, he announced that he would dedicate his life to Islam, giving up his music career. 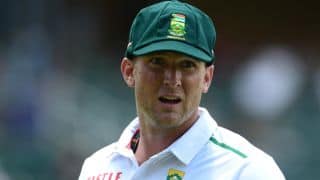 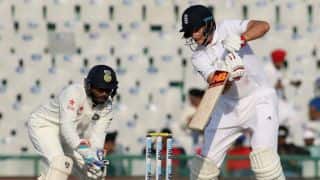