Pakistan's batting was undermined by West Indies' three frontline seamers and their bowling upstaged by another blistering innings from Lendl Simmons in a 10-wicket loss in the fifth one-day international on Thursday. 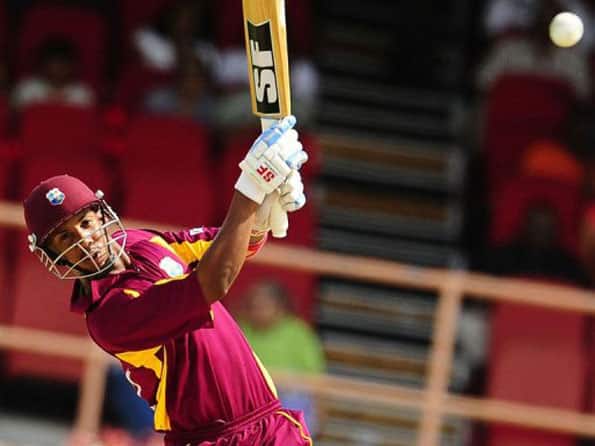 Pakistan’s batting was undermined by West Indies’ three frontline seamers and their bowling upstaged by another blistering innings from Lendl Simmons in a 10-wicket loss in the fifth one-day international on Thursday.

A fluent 55 off 83 balls from Mohammad Hafeez failed to inspire the Pakistanis, and their batting crumbled for the first time in the series as they were all out for 139 in 41.2 overs after they chose to bat on an unpredictable Guyana National Stadium pitch.

The visitors’ bowlers found it difficult to defend such a modest target as Simmons hit a career-best, unbeaten 77 from 73 deliveries, and fellow opener Kirk Edwards supported with 40 from 71 ball to guide the hosts to victory with 159 balls remaining.

Pakistan however, won the five-match series 3-2, with comfortable victories in the first three matches, securing the result.

“It is a disappointing end to the series for us because it was not a pitch on which we should have been dismissed for 139,” said Pakistan captain Shahid Afridi.

“Our batting has been struggling for a long time, and I think we need someone to help us with situations like this.”

“We all wanted to bat on this pitch and that is why the management and I decided to bat, but we did not play well. The thing that I always keep stressing – building partnerships – we did not build any partnerships and this is what was missing.”

Afridi added: “The series victory is important for us. We are not playing any cricket at home, so winning this series is very important and will keep the morale high, and I think for the future it will be good for us.”

Hafeez and Umar Akmal were the only Pakistani batsman to pass 20 as Ravi Rampaul up-ended the visitors batting with four for 45 from his allotted 10 overs.

“It is a good feeling to have won again, but it’s been well-played in the last two games for the boys,” said Sammy.

“We played as a team, and got the result that we wanted. This was the type of performance for which we have been searching for a very long time. It showed the good work that we have been doing at practices has finally transferred to the game, and it was good to see everybody taking part, and it was a total team effort.”

He added “The way we have chased down totals in the last two games, I guess it may be fair to say that our guys are more comfortable doing this. But throughout the series, we created several opportunities to win it, but we did not put enough runs on the board.”

Hafeez dropped Simmons on 31 at slip off Saeed Ajmal before the West Indies opener knocked a short delivery from Afridi to long-on to bring up his 50 from the same number of balls in the 16th over.

He then carried West Indies over the threshold when he punched a delivery from Ahmed Shehzad to point, and stole a second run from an overthrow.

The two sides now contest two Tests, starting next Thursday at this same ground, and from May 20 to 24 at Warner Park in St. Kitts.