Former Australia cricketer Dean Jones recently revealed that he will be seen coaching the Islamabad United team. He confirmed the news by posting a video on his official Facebook account. He seemed quite excited to announce that he has been appointed the head coach for the Pakistan Super League (PSL) team Islamabad United. The team will be seen playing in the much talked about league in the month of February of the year 2016. He also mentioned that he will be present in the draft of players and is all willing pick the best lot of players available for his team. READ: Andy Flower appointed batting consultant by Peshawar franchise in Pakistan Super League

Jones also hoped that all the fans of Islamabad United would ‘unite’ and back the team up by showing their full fledged support. Dean Jones has been one of the most successful One-Day International (ODI) players for his side and having him as the head coach of their side has to be a great opportunity for the players as they all will be helped with his experience and knowledge about the game.
The Pakistan Super League has already created much hype and has grabbed attention of many cricket enthusiasts across the globe. Recently, Shahid Afridi’s name got linked with the series as his brother became the owner of the Peshawar franchise of the league. Afridi was greeted from India by Yuvraj Singh. Great players from across nations like Kumar Sangakkara, Mahela Jayawardene, Brad Haddin have already signed to play in PSL while former England coach Andy Flower joined the Peshawar side as batting consultant and mentor. READ: PCB sells off PSL franchises to make earnings of about 920 million Rupees 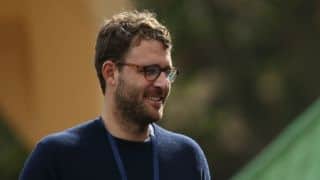 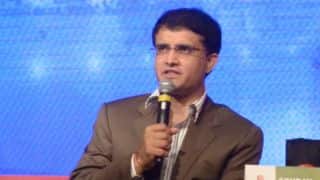 Sourav Ganguly: MS Dhoni's fate in IPL 9 and 10 should be left to team owners