Around 50 overseas players have signed up for the inaugural edition of the Pakistan Super League (PSL)  Twenty20 tournament despite security concerns in the country. 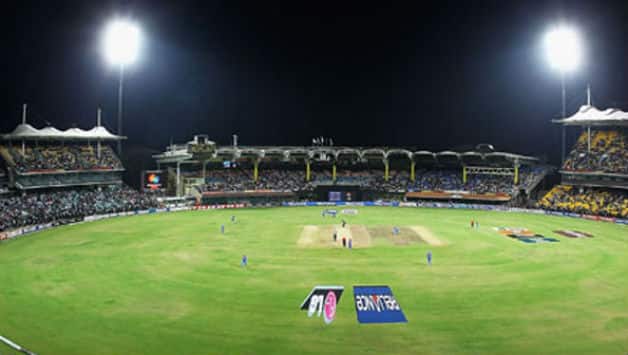 Around 50 overseas players have signed up for the inaugural edition of the Pakistan Super League (PSL)  Twenty20 tournament despite security concerns in the country.

PSL’s managing director, Sarwar Salman Butt, said in a statement that the organisers have succeeded in signing around 50 foreign players and there would be more signings soon.

Without disclosing the names of these players, he said besides the state apparatus, there would be foreign security experts also to look after the safety of players in the PSL.

Butt, however, admitted that the signed players would now have to seek NOCs from their respective boards as per the ICC procedure governing foreign leagues.

“The PCB is in contact with the various boards and will be soliciting NOCs for signed-up players,” he said.

His comments came after the PSL appeared to have been hit hard by statements from Cricket Australia and Cricket South Africa that they would not be issuing NOCs to their contracted players to play in the PSL because of the ongoing security situation.

Earlier, the Federation of International Cricketers (FICA) and the English Professional Players Association had also announced they would advise their players to keep away from the PSL.

Butt admitted that the PSL management was always aware they would face such obstacles in organising the league from March 26.

He acknowledged that the security is a concern for some of the boards but the PSL management will provide high-level security throughout the league.

“Let me reassure all concerned on behalf of the PSL that a very high-level security shall be provided throughout. On top of the state apparatus, the best international outfits with proven credentials of overseeing safety in international events of stature are being assessed for engagement.

“The safety of each and every participant including the audiences is a responsibility that the PSL is not taking lightly,” Butt said.

No Test playing nation has visited Pakistan since March, 2009 when militants attacked the Sri Lankan team in Lahore killing six Pakistani policemen and a van driver and wounding five of the visiting players.

“The PSL management is working towards organising the tournament in a most befitting manner,” Butt said.

On the issue of various boards announcing they would not issue NOCs to their contracted players, the PSL MD said they always knew that it would not be easy to change perceptions as it takes time and genuine effort.