Chasing the target of 191, Islamabad United got off to a bad start as they lost their opener Sharjeel Khan (1) early.

Brad Haddin blasted 73 off 39 balls to help Islamabad United to victory over Peshawar Zalmi in the Pakistan Super League (PSL) 2017 opener. The Australian wicketkeeper-batsman combined with West Indian Dwayne Smith for a 104-run first-wicket stand as Islamabad chased down 173 in a rain-shortened match in Dubai. Australian all-rounder Shane Watson who made sure that side crossed the victory line by hitting back-to-back boundaries to reduce the required equation. Eventually, Sam Billings, who came out to bat at the fall of Dwayne Smith’s wicket, hit the winning runs by pulling Chris Jordan to the boundary ropes.

Chasing the target of 191, Islamabad United got off to a bad start as they lost their opener Sharjeel Khan (1) early. But Haddin and Smith made sure of runs coming for the team despite losing the wicket. They made sure of resurrecting the innings by taking singles and doubles whenever they could and also pounced on the chance of clearing the boundary ropes whenever they could.

Islamabad were 79 for 1 in the 10th over, when the players had to walk back to the pavilion due to a brief spell of rain. When the play resumed, Islamabad needed a further 94 runs off 50 on the basis of DLS Method. Haddin and Smith managed to keep up with the required run-rate after the break but Chris Jordan finally dismissed Haddin in the 14th over of the innings.

But before getting dismissed, Haddin had set up the firm platform for the incoming batsmen to go for the win. Watson who walked in next teamed up with Smith to share a stand of 48 runs in just 23 balls finally reaching the reduced target with seven wickets and two balls remaining.

Earlier in the first innings, Peshawar made a strong start with Kamran Akmal top-scoring with 88 off 48 balls before the side posted 9-190 off its 20 overs. The Zalmi’s lost their opener Mohammad Hafeez on the very first ball of the game, but then Dawid Malan and Akmal played blistering counter-attacking knocks. Both Malan and Akmal formed a 122-run stand for the second wicket which formed the foundation for a dominating total for the opposition.

But apart from these two, none other batsmen could contribute to their teams cause. They lost three wickets in quick succession between the 15th and 17th over and seemed to falter at 169 runs after Akmal’s departure. Shahid Afridi made four runs off just as many balls, Darren Sammy made seven off seven and Harris Sohail made 12 runs off 14 balls.

Watson played an instrumental role in the first innings as he picked up 4 wickets. He had leaked runs in the initial part of his spell but bounced back well to claim important wickets. 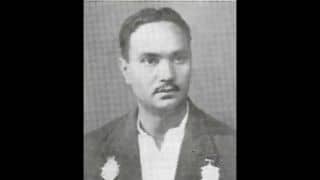