The militant group were responding to a call made by a Pakistan's minister.

The Pakistan Taliban on Monday rejected an offer to swap their guns for cricket bats and play a match for peace, saying the sport was responsible for turning youth away from jihad.

The militant group were responding to a call made earlier in the day by a top Pakistan’s minister who offered to host a match with the militants to revive stalled peace talks in comments which provoked derision on social media.

Pakistan’s government entered into a formal dialogue with the Taliban earlier this month, but the process faltered after the militants executed 23 kidnapped soldiers.

The military has retaliated with a series of air strikes in the tribal areas that border Afghanistan and are home to the Taliban’s top leadership, killing dozens.

With talks on a sticky wicket, Interior Minister Chaudhry Nisar Ali Khan said on Monday that cricket could offer hope.

“I have information that the Taliban keep an interest in cricket. So if this message can go through to them, we can have a cricket match with them which can have a better result,” he told reporters in Islamabad following an exhibition game.

“The Taliban follow the Pakistan cricket team with keen interest so this can be a platform.”

But speaking to AFP by telephone from an undisclosed location, Taliban spokesman Shahidullah Shahid said his group would refuse to play.

“These secular people want to distance our youth from jihad and Islamic teachings through cricket. We are strongly against cricket and dislike it,” he said.

Reaction to the minister’s suggestion that the Taliban could be tempted into talks through cricket was also overwhelmingly negative on Twitter, which is used mainly by the country’s English speaking elite.

In a reference to bloody toll inflicted by the Taliban on Pakistan’s forces over the years, one user called @MidhatZ, said: “Cricket on a red pitch and may be they could bowl with our soldiers heads?”

Cricket is Pakistan’s main pastime and is sometimes termed the country’s “second religion” after Islam.

Cricket diplomacy has helped thaw ties between Pakistan and rival India in the past, with a visit by military ruler General Zia-ul-Haq to Jaipur in 1987 to watch a Test match seen as key in cooling raised tensions. 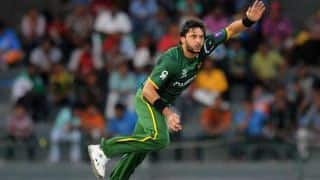 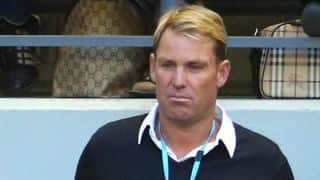