The Pakistan cricket team continues to draw flak for not attempting to win the first Test against Sri Lanka on the final day after being set a target of 170 in 21 overs in the final session of play. 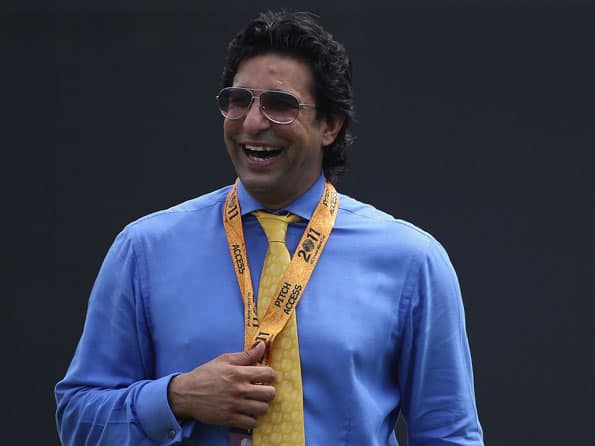 The Pakistan cricket team continues to draw flak for not attempting to win the first Test against Sri Lanka on the final day after being set a target of 170 in 21 overs in the final session of play.

Pakistan preferred to play for a draw after losing their first wicket early.

Former Pakistan captain Wasim Akram slammed the approach of the team management and players in not attempting to chase the target on the final day and win the Test.

“Now a days, the way cricket is played, it was not impossible to achieve the target set by Sri Lanka. A Test win is a big thing and I thought we lost a golden opportunity to win the match,” Akram said.

He also said that the team management should have told the first three or four batsmen to play aggressively and positively to see how it goes.

“Even if we had lost three or four wickets we could have settled for a draw. We closed shop very early.”

Former wicketkeeper-batsman, Moin Khan also voiced his disappointment, slamming the management for not trying to chase the target.

“With the advent of T20 cricket such targets are chaseble and I was surprised that the team didn’t go for it and preferred to play for a draw,” said Moin.

Moin said that the drawn result would only help in raising the spirits of the Sri Lankans who were on the back foot throughout the Test.

“It will improve their spirits and they will come harder at Pakistan in the second Test,” Moin said.

Akram, however, said that Pakistanis would be high on confidence after dominating for most part of the match.

“I think the confidence of our players would have been boosted despite the drawn result because they dominated the match and they had Sri Lanka under pressure,” he said.

Akram said that the effort of the bowlers was brilliant as the pitch was good for batting.

“I said before the series that our bowlers have the capability of taking 20 Sri Lankan wickets, while the islanders do not have the bowlers to do so, especially after the retirement of Muttiah Muralitharan and absence of Lasith Malinga.”

He said Pakistan had done well in the first Test and critics must understand the team has a new coach and it was the first time the captain and coach were working together and will take time to settle down.

The former captain said he was happy with Shahid Afridi’s decision to return to international cricket and urged him to play the senior’s role in the team and help the youngsters and support the captain all the time.(PTI)