Pakistan was also hoping to host India in the UAE immediately after the England series.

The Pakistan Cricket Board (PCB) has confirmed that the country would host England for a full series of Tests and limited-overs matches in the United Arab Emirates (UAE) from next October.

A PCB official said on Wednesday that they would be playing three Tests, five ODIs and a Twenty20 match against England in October and November and it is a home series for them.

Pakistan has yet to host any tours on home soil since militants attacked the Sri Lankan team in Lahore in March 2009. England refused an invite to tour the country in early 2012, instead playing a series in the UAE, where the tourists lost all three Test matches but won the ODI and T20 series, Sport24 reported.

The PCB official said that Pakistan was also hoping to host India in the UAE immediately after the England series for two Tests, five ODIs and two T20 matches. The official said that while the series with England is confirmed, the series with India is subject to government clearance, but added that it is now officially part of the future tours program. He said that Pakistan sees both these series as an ideal opportunity to improve their financial position.

Pakistan and India have not played a bilateral Test series since 2007 because of the frosty relations between the two countries following the Mumbai terror attacks of a year later. The official also said that they have an agreement with the England and Wales Cricket Board (ECB) under which Pakistan would host them for back-to-back tours before they host them for consecutive tours from 2016. 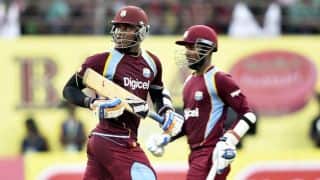