Pakistan to play series in Zimbabwe before India tour

Pakistan to play series in Zimbabwe before India tour

Pakistan will tour Zimbabwe for one Test and three ODIs late this year ahead of the much-anticipated cricket series against India. 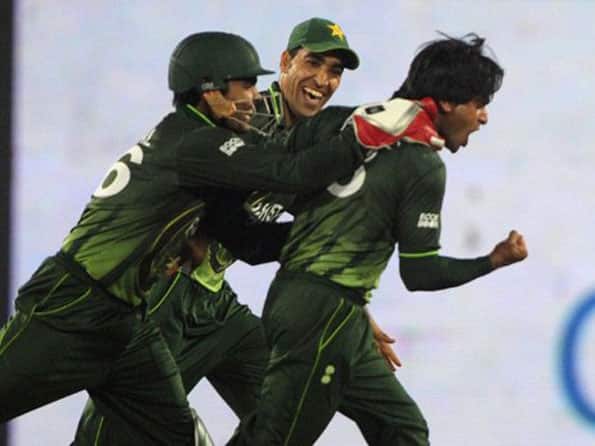 Pakistan will be touring India in December 2012 AFP

Pakistan will tour Zimbabwe for one Test and three ODIs late this year ahead of the much-anticipated cricket series against India.

According to details, Pakistan will be touring Zimbabwe at the end of November for the series but before that the Pakistan Cricket Board (PCB) is working hard to launch its Premier League T20 competition.

“The modalities for the PPL are being worked out and are in final stages and the idea is to stage it sometime in October or November,” a PCB source said.

After playing Australia in an ODI series in the UAE from August 28, Pakistan will go to Sri Lanka for the ICC T20 World Cup.

After the World Cup, there are no major international commitments lined up for Pakiustan until they tour India for the ODI series in the last week of December.

“Apparently, the PCB decided to go ahead with the Zimbabwe tour because of the lack of international commitments for the national team after the ICC World Cup,” a source said.

The source said the decision to tour Zimbabwe was also part of PCB’s strategy to support the weak members of the International Cricket Council. (PTI)

Harbhajan Singh thanks BCCI, selectors for showing faith in him