The Pakistan team will leave for Dhaka on April 14.

Karachi: The Pakistan Cricket Board (PCB) has finally accepted the terms and conditions for its tour of Bangladesh that is now scheduled to begin from April 17.

A senior official of the PCB confirmed to PTI today that they had accepted terms and conditions sent by the Bangladesh Cricket Board (BCB) for the tour.

“We had made some demands and conditions to undertake the tour and we can confirm the terms offered to us by the Bangladesh board have been accepted by us,” he said.

Last week a security delegation from Pakistan visited Bangladesh to inspect arrangements for the tour and has apparently submitted a report in which it has expressed satisfaction over the security arrangements being made for the Pakistan team.

Sources in the PCB said that the Bangladesh board had agreed to pay the PCB around 300,000 US Dollars as compensation for the tour it cancelled to Pakistan in 2012 because of a court order.

“The money will now be used to cover the Pakistan team’s expenses in Bangladesh so the PCB will spend nothing out of its pocket for the series,” one source said.

Originally the PCB had demanded around 50 percent of the total revenues that the Bangladesh board would earn by hosting the series of three ODIs, two Tests and a T20 match.

The national selectors have already announced the squads for the tour with several new faces included in teams for the three formats.

The Pakistan team will leave for Dhaka on April 14. 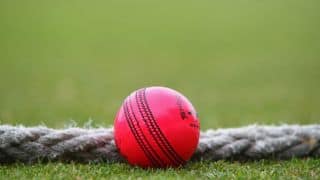