Pakistan's tour of the West Indies in 2013 is likely to be split because of scheduling issues. 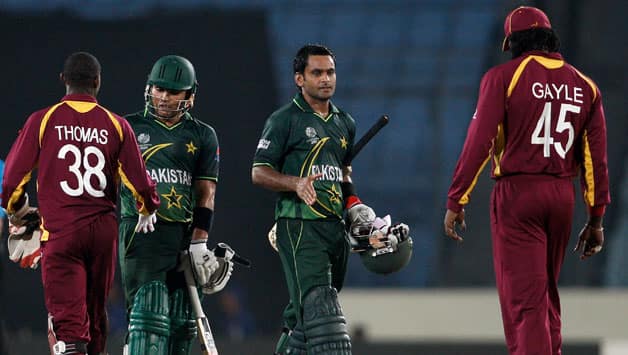 Pakistan‘s tour of the West Indies in 2013 is likely to be split because of scheduling issues.

The two teams were to play two Tests, five One-Day Internationals and two Twenty20s in June and July but the tour will now clash with a Tri-Nations tournament involving the West Indies, India and Sri Lanka, reports CMC.

As a result, the West Indies will host Pakistan in the limited overs series this year, with the Test phase expected to be deferred until next year.

The West Indies Cricket Board (WICB) said Wednesday it had asked the Pakistan Cricket Board (PCB) to move the tour to July-August but had received a negative response.

“This proposed shift did not find favour with the PCB for reasons which are understandable to the WICB,” the board said in a release.

Media reports indicate Pakistan are hoping to host India in a series in August.

With the move to play the Tri-Nations Series, the Test series between the West Indies and Sri Lanka scheduled for April-May in the Caribbean has also been put back to a later date.

The Tri-Nations will run from June 28 to July 11, and the WICB is set to announce the itinerary on a later date.

The NCA has been turned into a hospital: Bishan Singh Bedi