Younis only made a return to the ODI side last month in the series against Sri Lanka after being sidelined.

The Pakistan selectors have retained senior batsman Younis Khan in a shortlist of 20 players they have finalized for the Test and ODI series against Australia in the United Arab Emirates. Sources close to the selectors told PTI today that Younis was shortlisted for the series despite initial doubts over whether he should be picked for the ODI series.

“Besides Younis the selectors have also shortlisted some new players as well for the series but the final squad will only be announced after deliberations with head coach, Waqar Younis and?captain, Misbah-ul-Haq on Monday,” the source said.

Younis only made a return to the ODI side last month in the series against Sri Lanka after being sidelined from this format by the selectors since March, 2013. But after playing in just one match against Sri Lanka, Younis had to return home due to the death of his nephew.

The source said that Waqar Younis, who is in Karachi, had told the selectors clearly that before finalizing the squad they must consult and deliberate with the test and one-day captain, Misbah who will also reach Karachi for the national T20 event on Monday.

“Waqar wants Misbah involved in the selection process and has advised the six member selection committee to also speak to him before finalizing things.”

The selectors are contemplating asking Misbah to bat at number three in one-day internationals but the source said they had not taken the head coach into confidence on this.

“Waqar is unaware of this move by the selectors so there should be plenty to discuss when the selectors sit down with the head coach and captain in Karachi.”

The source said the selectors had also contemplated dropping Younis for the one-day internationals but the head coach was not in favor of this move. The selectors and Waqar are in Karachi for the ongoing National T20 championship. 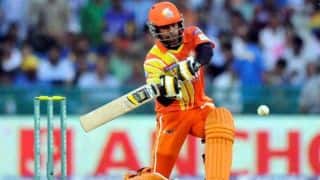