Australian have chased down a target of 280 or more and Rizwan feels Pakistan were 15-20 runs short on both occasions.

Pakistan coach Mickey Arthur had stated that the ODI series against Australia would be used primarily to test their bench strength ahead of the World Cup. In the two ODIs, the hosts posted competitive totals. While allrounder Haris Sohail brought up a well compiled century in the first match, young Mohammad Rizwan scored his maiden ODI ton in the second match of the bilateral series. (ALSO READ: Aaron Finch 153* takes Australia to 2-0 lead)

Both centuries were cancelled by Aaron Finch as the Australian captain s back-to-back centuries, most recent coming on Sunday, gave Australia a 2-0 lead in the five-match series.

Talking about his maiden century in the 50-over format, Rizwan said: As a player whenever you perform you feel happy even if it is at the club level. A century is a century, be it at the club level or international stage. I am happy for this opportunity because, as you all know, I have often come out to bat sometimes six down or even below. Today I have got the opportunity and I have fully utilised it and I hope it will help me. (ALSO READ: Selectors will have a massive headache to pick the World Cup squad: Nathan Lyon)

Australian have chased down a target of 280 or more and Rizwan feels Pakistan were 15-20 runs short on both occasions. “I think we were 15-20 runs short. Our team is doing their best effort, and it took Australia 48 overs to chase, so in the next match we will score these additional 15-20 runs,” the 26-year-old Rizwan explained.

“We are using the bench-strength players, because if they do well then they will find suitable players for the World Cup. So, it’s a test for the players. The side comprises relatively inexperienced international players but an opportunity to learn and come good.”

Both teams next face each other in the third ODI on Wednesday, March 27. 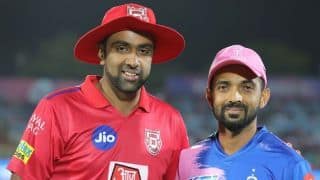 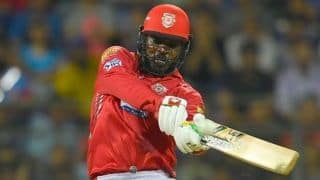