Australia called up uncapped, Zimbabwe-born all-rounder Hilton Cartwright on Tuesday as cover for their fast bowlers after the gruelling first Test win over Pakistan.

Australia called up uncapped, Zimbabwe-born all-rounder Hilton Cartwright on Tuesday as cover for their fast bowlers after the gruelling first Test win over Pakistan. Cartwright, 24, joins the squad for next week’s second Test in Melbourne as Mitchell Starc, Josh Hazlewood and Jackson Bird recover from their exertions in the Brisbane heat. Cartwright, part of Australia’s one-day squad for last month’s three ODIs against New Zealand, gets the nod ahead of the more established Mitchell Marsh and Moises Henriques.

“We wanted to give ourselves the option of including an all-rounder in Melbourne to ease that workload somewhat,” said interim national selector Trevor Hohns. “To do that we wanted a batting all-rounder, someone to bowl seam-up and capable of batting in the top six as well, and after considering several names we came to the conclusion that Hilton fits that bill.”

Steve Smith’s team were taken to the wire by Pakistan before squeezing out a tense 39-run victory on Monday, with the bowlers getting through an exhausting 145 overs between them. Coach Darren Lehmann said the recovery of Starc, Hazlewood and Bird, who bowled 56, 56 and 45 overs respectively in Pakistan’s second innings, was being monitored closely.

Lehmann also threw his backing behind struggling lower-order batsman Nic Maddinson and wicketkeeper Matthew Wade ahead of the Boxing Day Test. Maddinson scored one and four at the Gabba, following his 12-ball duck on debut in last month’s third Test against South Africa in Adelaide, another day-night match.

“We’ve had two pink-ball Test matches, so red-ball Test coming up and we know Nic’s a fine player. He’s just got to believe at this level,” Lehmann said. Wade, who displaced Peter Nevill, has scores of four, seven and one not out, along with a mis-stumping and dropped catches.

“Even though he hasn’t got any runs at the moment, he’s been working pretty hard with that,” Lehmann said of the wicketkeeper. “His keeping in this (Gabba) game — he’d like to keep better obviously, but I thought he’s improved his keeping out of sight in the last 12-18 months.

“Matthew’s got the chance to nail down the spot and we’ll see how he goes in Melbourne, ” Lehmann said the revamped Australia team, chasing their third Test win after mass changes following their run of five straight Test defeats against Sri Lanka and South Africa, was coming together well.

“They’re young, they’re learning the game,” he said. “I think one of the things we learnt from this game (at the Gabba), especially, is that you can’t relax or think you’re just going to get the wickets. “It’s a good result for a young group, but we’ve got to play well in Melbourne to try to clinch this series.”

Selectors had named an unchanged 12-man squad for Melbourne before Cartwright’s call-up. 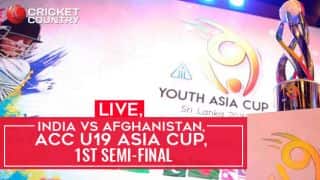