Pakistan lock horns with England in the first One-Day International (ODI) at The Rose Bowl, Southampton. Having ended the Test series with a thumping 10-wicket win at The Oval, Pakistan did enough to go on top of the ICC Test rankings. But the ODIs are a completely different format and they will look to put on a good show against the Eoin Morgan-led side, who have been in good form of late.Pakistan have a couple of news faces in their squad. But the most talked about selection in the side is the return of veteran Umar Gul. Gul had a good outing against Ireland in the first ODI and will be rearing to go against a much superior opponent. FULL CRICKET SCORECARD: Pakistan vs England, 1st ODI at The Rose Bowl

Leg-spinner Imad Wasim picked up his maiden five-wicket haul against Ireland to bundle them out for just 82. It will not be surprising if he gets the nod ahead of Yasir Shah in this game as he has proven his worth in recently concluded CPL 2016. After a breathtaking knock against Ireland, Sharjeel Khan is all but set to retain his opening position, but it is the form of his skipper Azhar Ali, which is bit of a worry. Also, Mohammad Hafeez had a poor run in Test series and will have to take up more responsibility with the bat to help Pakistan’s cause and not throw his wicket away, like he did against Ireland. ALSO READ: Waqar Younis: Pakistan deserve to be No. 1 in Test cricket

As far as England are concerned, after initial fears of fast bowler David Willey’s unavailability for the entire series, it looks as though the injury to his left arm is not as serious as it was thought to be initially. He will however miss the first ODI and join the squad ahead of the second match. ALSO READ: English all-rounder David Willey to join ODI squad despite injury

This series also marks the return of fast bowler Mark Wood, who has been out of action since England toured UAE last year. After a couple of surgeries on his knee, Wood was seen in full swing for Durham in the NatWest T20 Blast. His county teammate Ben Stokes also features in the England squad after missing three out of the four Tests against Pakistan. England have all their key players for this series and will be hard to beat.

Pakistan, currently placed 9th in the ICC ODI rankings, will want to move up the ladder and prove that they are much better than the rankings suggest. A series win will go a long way in ensuring that. Both teams have a completely different squad from the Tests and will have to start afresh in this series. England have been dominant recently at home, in the limited-overs series and will want to continue to do so in the upcoming ODI series.

With rain playing spoilsport all over the world, this match ideally should not witness rains, but there will be overcast conditions. One can hope that cricket will be the central talking point. 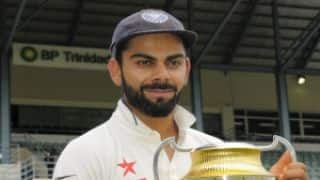 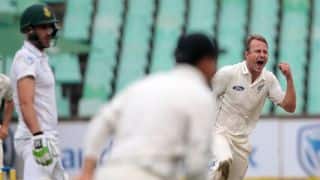