England currently have the advantage, winning the ODI series by a dominant 4-1 against Pakistan.

After Tests and One-Day Internationals (ODIs), Pakistan are now set to face hosts England in a one-off Twenty20 International (T20I). The live cricket streaming of the match is available on Starsports.com and Hotstar, while the live telecast of the match is available on Star Sports 1 and Star Sports HD1. The match is scheduled to be played at the Old Trafford Stadium, Manchester. England currently have the advantage, winning the ODI series by a dominant 4-1 and will look to complete the run with a victory in the T20I match as well while for Pakistan, the T20I is a chance to gain some respect. FULL CRICKET SCORECARD: Pakistan vs England 2016, One-off T20I at Manchester

Though performed commendably in the Test series, Pakistan failed to put up any fruitful effort in the ODI series, except the last match. However, ODI skipper Azhar Ali and Sarfraz Ahmed remained two of the few consistent performers for the side and took their side to the face-saving victory. Another name is Imad Wasim, who missed the fourth ODI due to his injury but the all-rounder showed good cricket.

Pakistan faced a massive defeat in the fourth ODI and Azhar’s captaincy in the match has been highly criticised. However, the team consists of talented players and if utilised properly, can win the T20I against the hosts. Pakistan will be led by Sarfraz as their regular skipper Shahid Afridi will not be present in the match. Pakitan will have to put their batting together to taste success as that has been one of the major reasons behind their back to back defeats in the ODI series. 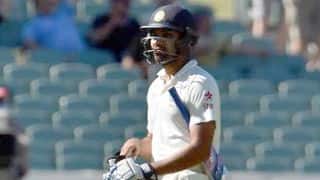 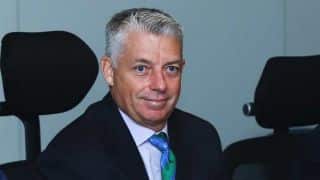