Currently New Zealand are batting on 56 for the loss of two wickets after 11 overs.

New Zealand skipper, Kane Williamson was dismissed for mere 10 runs off 19 deliveries by Mohammad Irfan after being caught off Sarfaraz Ahmed during the first of the five-match ODI series against Pakistan at the Dubai Sports Complex in Dubai on Monday. Currently New Zealand are batting on 56 for the loss of two wickets after 11 overs with opener Anton Devacich and Ross Taylor on the crease. 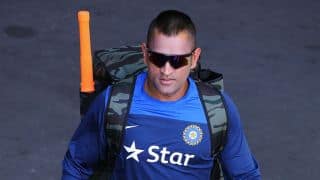