New Zealand‘s bowling coach Shane Bond on Saturday said the team was looking forward to pitting their wits against the in-form Pakistani spin attack in the forthcoming three-match Test series.  Pakistan are currently in a strong position to beat Australia 2-0 in their ongoing contest thanks largely to the effectiveness of their spinners. Bond admitted Pakistan will be a tough opponent on the dry pitches of the United Arab Emirates (UAE) which will help slow bowlers.

“I think this is a really good challenge for us,” Bond told reporters. “It has been a good last year for us and Pakistan are also playing well. This is going to be real good measure of us as a team and so we are looking forward to it,” added the former bowling ace. The Black Caps will start the tour with a three-day warm-up game against Pakistan ‘A’ — a second string team — in Sharjah on Monday.

The first Test starts in Abu Dhabi on November 9. Bond, who played 18 Tests in which he took 87 wickets and 82 one-day games, taking 147 wickets, for New Zealand, admitted Pakistan were playing well.

“Pakistan as a team have been difficult for a long time. They are in their own conditions though they are not in Pakistan,” said the 39-year-old. “So Pakistan in these kind of conditions are very tough and there are extra young players coming through we have seen. We are coming in fresh and Pakistan will have played two Test matches and this will see them play five in a row.”

The second Test between Pakistan and New Zealand will be in Dubai from November 17 followed by the third in Sharjah from November 26.

Bond said Australia were a different team from the New Zealanders. “They are a different team to us,” said Bond, who became only the second New Zealander to take a hat-trick against the Australians in a one day match in January 2007. The good thing for us is that we can learn a bit about the way the Australians had gone about their work in terms of bowling as to what has worked and what hasn’t. It’s a tough time for them and that will certainly reflect on whether to try and attack Pakistan and do something different from them to be successful.”

Bond, who lost two years of his international career, said he was delighted to have returned to the United Arab Emirates where he was a member of the New Zealand team which won a three-match one-day series five years ago.

“It is nice to be back. For the memories of this place when we played a series here in 2009 we won that series in Emirates and really enjoyed the time here,” he said. “I think as a team we like the time of the year when we are touring when it is cooling down.” 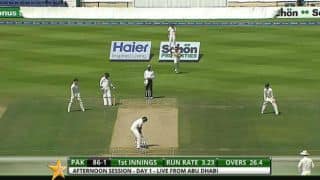 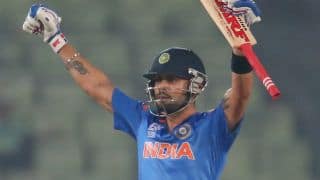