Wellington: New Zealand opening batsman George Worker has been called in the 13-man national squad as a replacement for injured Doug Bracewell for the first two ODIs of the five-match series, beginning January 6 at the Basin Reserve on Thursday. The 27-year-old suffered a hamstring injury during the third and final T20Is in Mount Maunganui, which his side went on to win by 119 runs to clinch the three-match series 2-0. Bracewell sustained the injury while fielding and that he would now undergo further medical assessment in order to determine his recovery. It should be noted that Bracewell had just returned from injury, after being away from the team for a year-in the recently-concluded series against West Indies, where he played five out of six matches and bagged six wickets.

In the opening batsmen’s absence, Central Districts’ Worker has been roped in the ODI squad. Worker is due to play for the Stags in Burger King Super Smash match against Auckland before he would join the national squad in Wellington for training on Friday. Reflecting on Bracewell’s absence, New Zealand coach Mike Hesson expressed sympathy towards Bracewell, keeping in mind that the fast bowler had battled a knee-injury over the previous season.

“Doug’s worked really hard to make it back into the side after a pretty serious injury last year and he’s impressed in the opportunities he’s had. We know he’s a hard trainer and back him to rehab well and be available for selection in the not too distant future,” ESPNcricinfo quoted Hesson, as saying. Worker has recently smashed back-to-back half-centuries during ODI series against West Indies besides also putting up an impressive performance in the ongoing Super Smash T20 tournament. 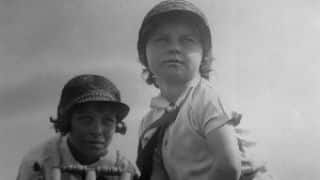