PCB security and vigilance head Colonel has briefed the Sri Lankan security team about the security arrangements ahead of the final T20I at Lahore.

Lahore: Pakistan Cricket Board‘s (PCB) security and vigilance head Colonel (retd) Muhammad Azam has briefed the visiting Sri Lankan security team about the security arrangements ahead of the final T20I of the three-match series between two nations on October 29 at the Gaddafi Stadium. According to the Geo news, Azam explained the Sri Lankan security team that the different tiers of the security measures are being taken for the safety of the visiting side. The Lankan delegation was also informed that the Lankan team would be taken in a bullet-proof bus and was also given a demonstration of the same. “We briefed them on various aspects of the security of the visiting team, right from its arrival at the airport and to the hotel and from there to stadium and back,” said a PCB spokesperson. FULL CRICKET SCORECARD: Pakistan vs Sri Lanka 2017-18, 3rd T20I at Lahore

A delegation of International Cricket Council (ICC) is also expected to visit Gaddafi Stadium to review the security and safety measures. Earlier this week, the Sri Lanka Cricket (SLC) conveyed to the national selectors that the players, who will refuse to travel to Pakistan for the T20I in Lahore, will not be considered for the preceding two matches of the series to be played in Abu Dhabi. The Lahore T20I match will be Sri Lanka’s first match in Pakistan since March 2009 militant attack on the team bus also in Lahore, killing six Pakistani policemen and injuring some of the visiting players. PAK vs SL, 3rd T20I at Lahore: Match time preponed by an hour 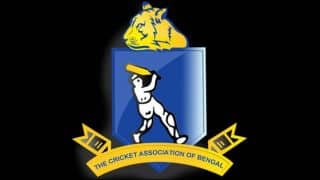