Chasing a target of mere 32, Pakistan seemed to be losing their way having lost 3 wickets, but captain Misbah hammered consecutive sixes off Devendra Bishoo to ensure the Pakistan victory.

Misbah-ul-Haq finished off things in style by hitting back-to-back sixes to clinch a 7-wicket victory against West Indies in the first Test at Sabina Park, Kingston. Chasing a target of a mere 32, Pakistan seemed to be struggling as they lost 3 wickets in the small chase, but captain Misbah hammered consecutive sixes off Devendra Bishoo to ensure the Pakistan victory. Yasir Shah was adjudged the Man of the Match for his impressive figures of 8 for 154. This is Pakistan’s second victory over West Indies at this ground from 4 Tests they have played here. Moreover, this win is a historic win for Pakistan as they have managed to win a first Test of the series against West Indies for the first time since 1987-88. FULL CRICKET SCORECARD: Pakistan vs West Indies 2017, 1st Test at Jamaica

Pakistan had an excellent start to the final day of this Test as first they dismissed West Indies for a paltry total of 152 in the second innings, riding on Yasir s 6 for 63. This meant that Team Misbah had to chase a slender target of 32 with more than two sessions of play. But what is Pakistan cricket if there is no drama. Rightly so, the visitors lost their both openers in a matter of 3 deliveries. Ahmed Shehzad (6) was the first to depart who tried chasing an out-swinging delivery from Shannon Gabriel with just 7 runs on the board. But the drama did not end here as Azhar Ali too departed on the first ball of Alzarri Joseph s next over. Azhar got stuck in two minds if to leave the ball which was pitched well outside off or not, and in the process, got an inside edge sending the ball rattling on the stumps.

With just 7 runs on the board, Pakistan were put under some pressure with two early strikes. But Babar Azam and Younis Khan saw their way out till lunch adding more 6 runs to the total, to put Pakistan at 13 for 2 at lunch. In the second session, Jason Holder introduced himself from one end with Bishoo from the other hoping the spinner would do the trick just as Yasir did. But Babar and Younis kept the scoreboard ticking inching towards the target slow and steadily.

But Bishoo got the wicket of Younis trapping the legendary batsman in his pads. Pakistan opted to go for the review but wasted it, as the ball would have gone on to hit the leg-stump. Pakistan needed 8 runs when Misbah walked in and without wasting any further time, Misbah finished off things in the next three deliveries that he faced.

Earlier in the day, resuming at the overnight score of 93 for 4, nightwatchman Devendra Bishoo and Vishaul Singh took optimistic approach against Yasir. Given the success the wily spinner had enjoyed on Day Four, Misbah-ul-Haq resorted to persist with Yasir from one end changing his pacers from the other. But in a bid to get the drift off the rough patches from the wicket, Yasir kept on pitching the ball wide and gave away too many runs. But Mohammad Aamer, who had taken 6 wickets in the first innings, broke the deadlock dismissing Vishaul (9).

This wicket triggered the collapse of West Indies batting as debutant Mohammad Abbas then got 2 wickets of Bishoo (18) and Shane Dowrich (0) in a matter of 3 deliveries. Jason Holder (14) could not view his magic from the first innings as he, too, fell prey against the disciplined Wahab Riaz.

Initially, Pakistan invited West Indies to bat first on a wicket that was conducive to fast bowlers. Aamer took his career-best figures of 6 for 44 bowling out the entire West Indies team for 286. Pakistan in their reply took a lead in the first innings. Misbah remained stranded in 99* as he watched his entire team getting bowled out for 407.

Having gained 121-run lead, Yasir spun his web around the top-order West Indies batting getting 4 wickets in the last session of Day FOUR, reeling the hosts at 93 for 4 at stumps. 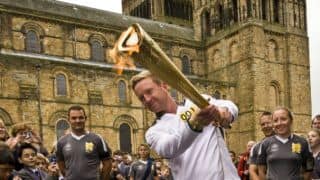