The live cricket streaming of Pakistan vs West Indies 2017, 3rd Test at Dominica, Day 4, will be available on Sony LIV.

With the series on the line in this deciding Test, visitors Pakistan get set to take on hosts West Indies on day 4 of the third and final Test at the Windsor Park in Roseau, Dominica on Saturday. The live cricket streaming of the match will be available on Sony LIV, while the live telecast of the match will be available on Ten 1 HD and Ten 3. Pakistan, who won the opening Test convincingly, saw niggle from their side in the second Test, as the hosts bounced back in style to set up the decider. Both the teams would fight it out in the remaining couple of days to come out on top, and clinch the series. FULL CRICKET SCORECARD: PAK vs WI 2017, 3rd Test at Dominica

West Indies have managed to counter the Pakistan seamers quite easily. Out of the five wickets to fall, only one wicket has gone to a fast bowler. Reverse swing was expected to play a major role, but in the end it was the new ball that did the trick, as Mohammad Abbas trapped Vishaul Singh in front. Pakistan will perhaps rue dropping leg-spinner Shadab Khan and pick fast bowler Hasan Ali as there seems to be a little more purchase for the spinners. Pakistan vs West Indies, 3rd Test, Day 4 Preview: Hosts aim to wipe off deficit

West Indies do not have much batting left after Dowrich and Holder. Hence, it becomes all the more important for Chase to come out and resume his innings. Devendra Bishoo can hang around a bit, but the trio of Dowrich, Holder and Chase will have to do bulk of the scoring. 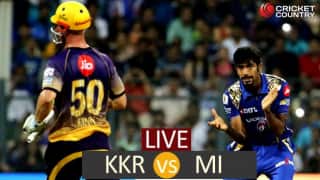