The live cricket streaming of Pakistan vs West Indies 2017, 3rd T20I at Port of Spain, will be available in India on Sony LIV.

West Indies stunned Pakistan by thumping the Men in Green by 7 wickets in the third Twenty20 International (T20I). Opener Evin Lewis played a cracking unbeaten 51 ball – 91 to ensure West Indies keeping their challenge alive in the four-game series. Pakistan were in a dominating before the third fixture as they were leading the series by 2-0. But the hosts displayed some powerful performance in the third game to ensure of the series remaining alive for them. The live cricket streaming of the match will be available in India on Sony LIV, while the live telecast will be available on Ten 1 HD and Ten 3 in India and Pakistan. FULL CRICKET SCORECARD: Pakistan vs West Indies, 4th T20I at Port of Spain

West Indies played great and determined cricket with both bat and ball. They first ensured of halting Pakistan at 138 despite Kamran Akmal (48) Babar Azam (43) hammering the Caribbean bowlers in the initial stage of the first innings. Both Akmal and Babar scored vital 88 runs in 66 deliveries giving the visitors a cruising start. But the hosts pulled back the game well in time reducing Pakistan to just 137.

Chasing the total of 138 and their challenge in the series, Evin single-handedly took his team beyond the required total. West Indies will be happy with the fact of their opener getting the required form back in time but their top-order faltered big time but got eventually covered with Evin s knock.

So when the hosts take on the field for the final game of the series, they will have to ensure of solving these issues. Pakistan, on the other hand, will have to rethink their strategies. They relied too much on youngster Shadab Khan who playing in his debut T20I series has bagged 7 wickets in just 2 games. But against the run of play, the hosts played responsibly against the wily spinner negating the spin.

Having won the third game with a bang, West Indies have ensured the series going down to the last game to become the decider. And with the way this series has gone by, we can definitely hope for a cracker of a game at Port of Spain. 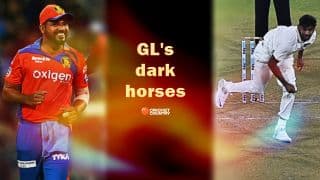